By Kelsey Braun and Alice Woods 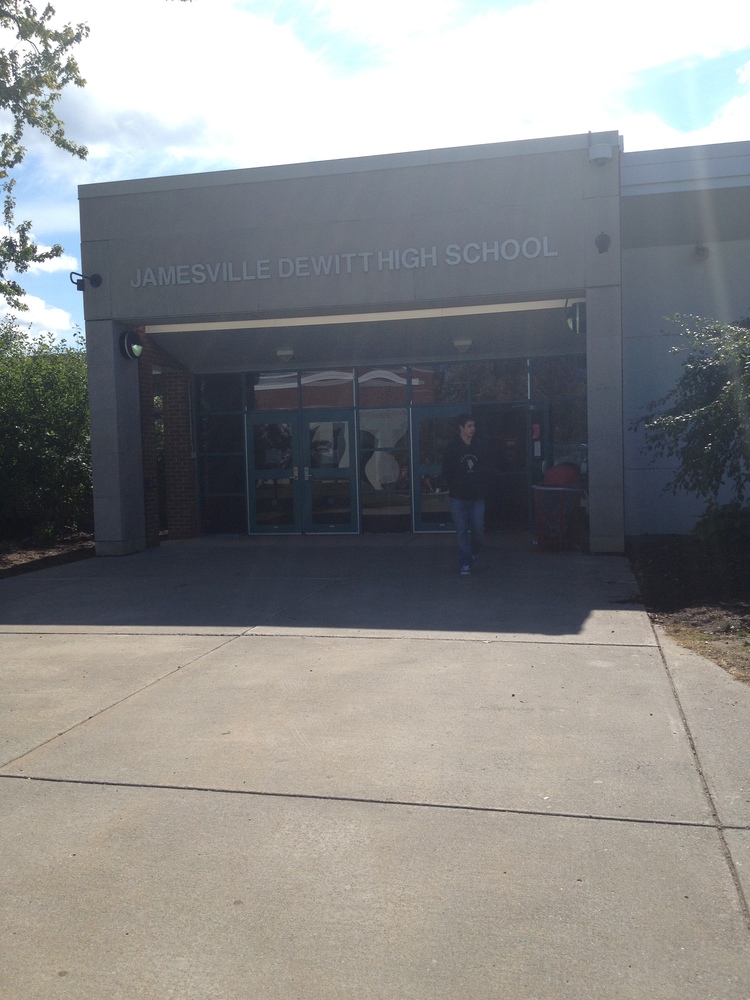 What does that mean?

It means we are one of the best schools in New York State. The Jamesville-DeWitt School District was ranked 17th out of 432 school districts in NYS by Buffalo Business First. Which means we are in the top 10 percent  in New York.

This is the third year in a row that J-DSD has been ranked 17th. In 2012 we ranked 17 out of 430 schools, and in 2013 we were 17 out of 429 schools in the state. This year’s rankings was based solely on Regents and New York State tests in the four core subjects: math, science, social studies and english. This is the first year that this specific ranking has been announced about the Regents test. The past two years, the rankings were based on four years of New York State testing data. “I think it says that our students are doing well on tests, and that we are prioritizing on these four subjects.” Explains english teacher Connie Myers-Kelly.

Superintendent Alice Kendrick believes “test score are one way to measure schools but certainly not the only way.” Dr. Kendrick said that art, athletic ability, and involvement of students in community service are other ways that we could be ranked statewide. “I’m incredibly proud of our comprehensive program. We have tremendous accolades for our students in terms of the arts, in terms of athletics, in terms of their community service. To me that is a really important piece that our students are excelling in a whole multitude of ways.”

It is not only the students that can put efforts into being ranked this high, Dr. Kendrick said, the teachers have a major role in preparing the students. Teachers help students to understand material that will be on the tests and with teacher support, students can succeed and live up to their potential, said Dr. Kendrick. Principal, Mr. Gasparini explains that the way to see improvement in school work is to work with the teachers because they can easily work with kids. “We are always thinking about getting better and what is is we can improve,” he said.

Ms. Myers-Kelly thinks that this particular ranking is not primarily important. “What I value in a school is hard to rank,” she said; “I see things that are really good about a school, that you can’t quantify or put a label on.” Science teacher Rich Adler thinks differently about these rankings. “I like that there is a lot of (different rankings) so that they come up with a different criteria each time, and that this ranking reflects well on us because of the way we work.”

Freshmen Lainey Foti is very proud of how our school is doing. “I think students in our school work very hard and study harder than ever,” Foti said.  “That’s pretty impressive,” said senior Ben Vahey; “not many schools I know make it that far, it’s good to be one of them.” He thought it was a joke at first, because of the way Mr. Gasparini broke the news to the school. But now he is happy that he knows that we really are one of the best. Senior Matt Murad is happy about our schools’ ranking as well. “My academics are about important to me as my cross county practice, so when I hear we are are ranked number 17 out of 432, that’s pretty good,” Murad said.

According to Mr. Gasparini, out of around 27,000 schools in America, J-DSD is ranked 418, which is in the top percent. Some things that have helped J-DSD to get this high ranking is our school spirit, art and theater programs, sport teams, and our school involvement which includes extra clubs and activities. “The issue is that these rankings change all the time,” says Principal Gasparini. “Whether we are 17th in Upstate New York, 10th, second or third, we are doing a very good job and our students are excellent,” he said

“When you look at the quality of our students, I think we have great kids here, [and] very supportive families,” finished Mr. Gasparini, “I truly and honestly cannot think of a better school in the country.”