After many years of hard work and dedication, senior Ailish McDevitt will continue her track career in college. “I wanted to continue running track so I could better manage my time and because of my love for the sport,” said senior captain Ailish McDevitt. She first joined the track team in seventh grade at the modified sports level. Originally, she wanted to get involved with track because she enjoyed running and sports in general, but she continued it because of the friendships she made with the people on her team. 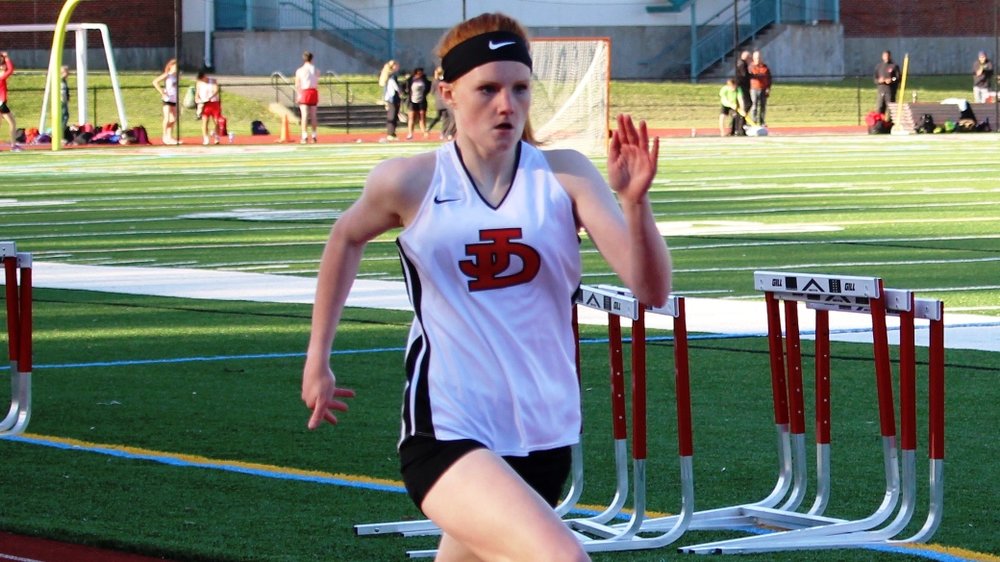 In the fall of 2018, McDevitt will attend Daemen College in Buffalo, NY. She signed her National Letter of Intent to compete for their track and field team this May. There she will compete Division II in hurdles, the triple jump and will run the 200 meter dash. “I’m very excited, but definitely nervous,” said McDevitt. Her best result this year was running the 200m in 29.99 seconds, though her fastest time is 27.40 seconds, which she achieved in the 2017 season.

Each year letters are earned by J-D athletes, the numbers may vary depending on the athletic success of students. “Within the last few years we can receive as low as eight letters a year or as many as 12 to 15,” said Athletic Director John Goodson. McDevitt was one of the recipients to receive a letter. “You have to be one of the top student-athletes in the country and in some sports, one of the top competitors in the world,” said Mr. Goodson. The National Letter of Intent is “an agreement between a student-athlete and an institution of a higher education to participate in whatever athletics you chose to compete in,” according to the National Letter of Intent website.

McDevitt will be graduating on June 24 alongside her fellow classmates at J-D. Her career as a Red Ram is coming to a close, but she will continue-0 to do what she loves as a Daemen Wildcat in the fall.

Snow Day or No Snow Day; That Is the Question