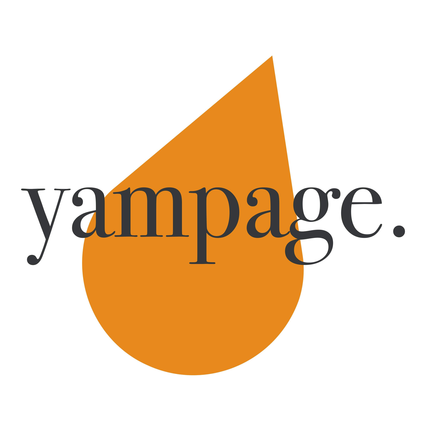 Ruby Champagne is well known for her many fields of expertise and
fame. She had her debut fashion show at the age of 7 during Milan’s
fashion week and her first feature in That Famous Sports Magazine at
the age of 12 for winning the BGA end of the year tournament. She has
discovered a new species of jellyfish that contains DNA that could
help create a cure for the common cold and has donated to many
different charities around the world helping people and the Earth for
many years.

Even though no one has seen an actual picture of her, her strawberry
blonde trademark is always displayed in her works. Following her
famous trademark, it has been spotted that she has recently entered
the world of art and photography. Her work has been spotted in
International Infographic and Second magazines and recently she has
been traced to this very website known as Yampage. Although she has
not been available to comment on this new development, you can tell by
the dedication in her work that she is happy being a part of this
lovely staff. Rumor has it that she looks remarkably similar to Meghan
Christian (‘23).

Aveline Chocolat aka Jeanette Natalia Caramel aka Myrna Smush is a renowned journalist and billionaire. Ms. Chocolat/Caramel/Smush is a two time winner of the Miss Portugal beauty pageant. She won in 1986 and 2014. She has been called the fifth Beatle by people who are not familiar with the Beatles or numbers. She earned a degree in Mongoose Farming from Middle Tennessee State University. She claims she can see the future, but she refuses to give any specifics about her abilities. Despite her deathly yam allergy, she says she is very happy to be writing at YamPage…she also would like to ask “What is YamPage?” She’d call Anka Chiorini (’23) a good friend.

Josephine Dupuis was born in the late 1910s (she forgot which year) as Helen Smith. World-renowned for her work as a human statue in New York City, she decided to change her name in order to fully embody the heritage of her muse, The Statue of Liberty. After losing her job during the Great Depression, she tried a wide variety of occupations, ranging from potato farmer to bounty hunter, but none of them brought her the same passion as being a human statue. She’s hoping that her new job in journalism will spark a flame in her 100-and-something year old heart. She is dedicating all her articles to her two favorite great-great-grandchildren, Yammy and Paige. She is a long-lost cousin of Madie Phillips (’23).

Born in 1987, Karletta Higgins is a convicted forger, and soap carving enthusiast. Karletta was arrested in 2000 when she attempted to steal the Declaration of Independence, but accidentally replaced it with the Gettysburg Address and signed her name at the bottom. When in prison she taught a soap carving class to her fellow inmates. Now she writes for Yampage at Jamesville DeWitt and in her free time attempts painting. So far, she can’t get past stick figures. The best way to reach Karletta is through her parole officer Tara Sandhu Pollock (‘23).

Johnny has never actually done anything on purpose in his entire life, he once climbed to the top of Mount Everest completely by accident. Other than his many accidental exploits, he was previously a trash photographer, taking pictures of garbage and raking in the dough. In recent years, he has moved into the 576th floor of an Ohio apartment building where he writes for Yampage. Legend has it that if you stub your toe and yell out his name he will send his favorite confidante Cameron Jennings (‘23) to answer any questions you might have.

Katrina Aimée Naimes is a world renowned private investigator and
escape artist. She now works with Yampage to uncover all the stories
Jamesville Dewitt High School has to offer. Aimée Naimes has an
unusual amount of knowledge about sloths and all things witch related.
Katrina is a hard person to find but if you ever need to reach her you
can always find Katrina Aimée Naimes getting her daily cup of coffee
from her coffee dealer Jasmine Ho (’23).

Agatha Smoot is an elite butter churner from Willow Canyon, Arizona. After 57 years of butter churning, she found the career had become too intense to continue full time and decided to pursue other passions. Smoot packed her bags and moved to Jamesville, New York in 2017 for the sole purpose of starting a career at Yampage. Since then, she has dedicated herself to providing the best, juiciest, and most accurate stories of the happenings at JD High School, though she continues to participate in butter-churning competitions on the weekends. Her other hobbies include candle making, scarf knitting, whittling, and hot yoga. Rumor has it, Smoot lives deep inside the unused locker of Emily Ninestein (‘21) and will only respond to Xtra Cheddar Goldfish or acapella performances of Bohemian Rhapsody.

Dima was a snake milker, crisis actress, and professional funeral goer for 27 years, before pursuing a degree in journalism (with two minors in Egyptology and Bagpiping and being in the LARPing club, not to brag) from Hamburger University in Oak Brook, Illinois. She relocated to Syracuse after graduating because she thought it was actually called Syrupcuse, and assumed this meant it was the maple syrup capital of the world, which makes no sense because this is America, not Canada. While in Syracuse, she got this job at YamPage by telling the interviewer that her mother had cancer and this job would help her pay the medical bills, which was entirely untrue, and Dima used the money instead to fund her miniature sculpture collection depicting life in Soviet Russia. She has since fled to a closed off area of the woods in the Adirondacks and built a log cabin by hand in order to avoid taxes and also other people, so if you need to contact her it would be best to do so through her previously conjoined twin before the illegal surgery they had in New Zealand, Becca Fitzgerald (‘22).

She’s a world-renowned actress, writer, and director. Ever heard of her? Margret Tangerine is her name. If she’s not on set working on a new hit movie, she’ll be home on her couch working on a new novel. On the weekends you can catch her jetting off to France to work on the new Chanel collection in her finest pearls. If you don’t know her by her acting or writing, you’ll know her for being the granddaughter of the late Leonardo DaVinci, painter of the Mona Lisa. She recently divorced her former husband Leonardo DiCaprio after finding the Matisse he had hung in their foyer was a fraud. Some call her dramatic, but most call her what she is, a creative genius, that is. And one thing you should know is that she’d never be caught dead in a fake. The last person that accused her of owning a rip-off bag hasn’t been heard from since the late 1800’s. We know from the sounds of it, you’d wish you were Margret, an artist, an actor, a fashionista, and last of all, an icon. She can be contacted through her agent, Sophia Caputo (‘24).

Digby Thanoscar is a part-time meme lord and part-time botanist. He takes credit for inspiring Pewdiepie and Elon Musk, along with Simon Cowell. He currently lives in the southwest corner of New Yamsterdam and writes to Yampage on pieces of stone that he attaches to pineapples and floats to us across the marshmallow sea. How he gets them to reach us every time, or how he knows what happens in JD is beyond us, and we feel it’s better not to ask him. If you yell for David Scibilia (’22), though, he might answer.

Reginald Thumbington III was born sometime in the early 2000’s, but, because he has no brain, he cannot remember the precise time and date. He previously ruled over the Finger Lakes as a totalitarian dictator in an alternate dimension known as Handyland. A self-proclaimed Pastafarian messiah, Mr. Thumbington can often be seen attempting to convert unsuspecting victims to his eternal worship on Quora. In addition, he has many hand-tastic hobbies such as arm-wrestling, hoarding bracelets and bowties (as he is a Hand of Culture), and being better than everyone else. After being exiled from his Porcelain Throne on Handyland due to a democratic uprising following his ambiguous ban of rubber duckies, Reginald Thumbington III is excited to start his new career as a journalist at the only place that would hire him. He is hopelessly and permanently attached at the right elbow to Lizzie Van Buren (‘22) and loves to torture her by leaving smudges on her doodles on purpose.

Guiseppe Baxter - June 24, 2020 0
Sure, perhaps I’ve exaggerated, embellished, call it what you will. But you laughed. And you laughed because the truth was only bent, not broken. The GPS led you through a bee-infested jungle off the side of the highway, but you got to the same destination at the end.