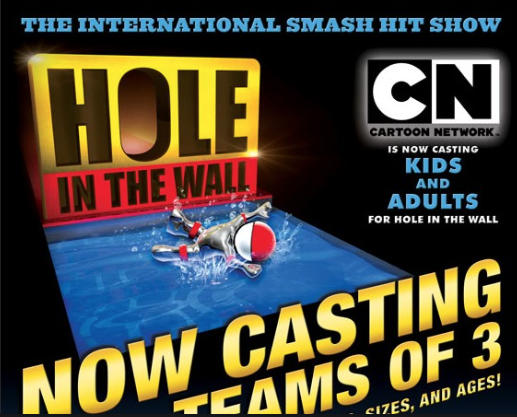 Hole in the Wall is one of JD’s most popular and well known clubs, but what does it truly mean to be a member?

We have no idea. But we’re not the only ones.

As it turns out, the entire student body has literally not a single clue of what Hole in the Wall actually does.

“Of course I know what Hole in the Wall does!” Said member Chloe Erwin when interviewed on its actual purpose. “We um- we do- well… uh community! Yeah, we do community… community… stuff? I mean, we definitely don’t put actual holes into walls. I know that for sure. I think. Wait. Let me get back to you.” Following this response, Erwin fled the scene in a state of confusion and panic.

But what about the advisor? It would be fair to assume that the adult in charge of it all would have some sort of concept of purpose. Well, Yampage decided to go straight to the source to interview Mr. Gualtieri, who was more than excited to talk about this club. “Hole in the Wall is a great organization with outstanding members. It teaches teenagers valuable life lessons and skills,” mused Gualtieri. However, the interview took a turn for the worse when Gualtieri was questioned on what type of club Hole in the Wall truly is. “I think you should go. Go on! Leave! Now!” We were not able to interview Gualtieri again.

Left to my own devices, I decided to get some help from fellow Yampage staff member Xenophilius Cabral who went undercover to a hole in the wall meeting. This is what they had to say: “after attending that meeting, I totally know what hole in the wall does! They… they… um… well I know I did something while I was there… give me a minute… okay, honestly? I have no idea.” It was at this point that Cabral burst into tears.

So what is Hole in the Wall? Is it a club where they actually put holes in the wall? Is it a family-friendly TV game show where contestants have to strike crazy poses in order to fit into the holes in a moving wall? Well, no. That one was definitely a Cartoon Network show. Will we ever know the club’s purpose? That I cannot answer. As of now, despite my best investigative efforts, (and I mean best- like I’m really good at this stuff) this mystery still remains unsolved. Now to find out what Key Club does.

Count Dimitriendoff - November 3, 2022 0
But the uncanny similarity is that they both participate in Casual Fridays!