RamPage
Home Opinion Heads Up J-DHS Students, Your Freedom of Speech is Currently On The... 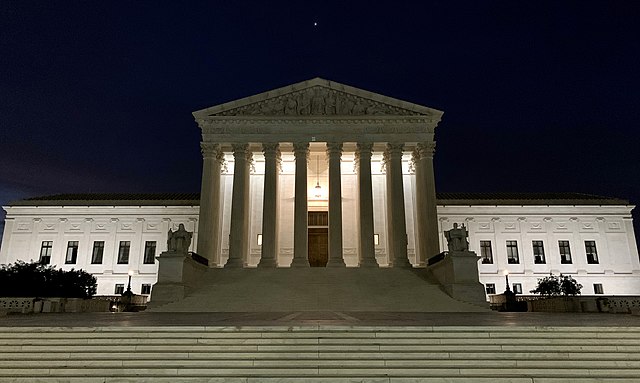 Now that Mahanoy v. B.L. is in the Supreme Court’s hands, it is up to the expert lawyers to deliver convincing rhetoric to prove to the justices that their client is in the right. What started as, objectively, an overreaction by a cheerleading coach has turned into a much larger issue that will redefine students’ free speech rights in the United States forever.

The answer to this case is very clear. Schools should not be able to discipline students for anything they say outside of school, except in the cases of bullying or other types of speech not covered by the First Amendment. The first amendment is not absolute. Harassment, threats, and slander are three of many examples of exceptions to this document. Of course, schools should be able to punish students for any of these, but nothing else. Any violation of rights—no matter where it occurs—is still a violation of the fundamental rights of a virtuous society. John Stuart Mill, a philosopher, political economist, former English Parliament member, and defender of free speech, said, “The only freedom which deserves the name is that of pursuing our own good in our own way, so long as we do not attempt to deprive others of theirs, or impede their efforts to obtain it.” True freedom, what America prides itself on, cannot exist when there are institutions trying to limit the rights of citizens. If schools are able to punish students for what they say off-campus while still currently within their First Amendment right, then it would be a direct attack on the freedom of citizens. Students should be worrying about getting their homework in and making sure they’re prepared for tests/quizzes, not something they say that can be taken out of context. This constant fear of punishment is not a healthy way for students to develop. Teens are in desperate need of a place to get their emotions and true feelings out. While some places are more appropriate than others, we cannot encourage students to bottle these emotions up without fear of them later blowing up.

Schools and school officials are not exempt from criticism. One of the core foundations of our democracy is the ability for citizens to criticize government officials, including the president, without fear of incarceration. Why should the school version of this be any different? Students should, under no circumstances, be censored or punished for providing criticism following the First Amendment. If the Supreme Court were to side with Mahanoy, this would create a very dangerous precedent going forward. Levy said the exact words, “F*** school f*** softball f*** cheer f*** everything.” If this ruling were to go in favor of Mahanoy, swearing would no longer be protected by the First Amendment for students outside of campus.

In addition to this, a court siding with Mahanoy would mean that swearing off-campus is enough to constitute a disruption in class. Due to the Hazelwood standard created in Kuhlmeier v. Hazelwood, if the speech is enough to disrupt the learning environment, the school is allowed to censor/punish that student. This is one of the major issues the Supreme Court is aware of, and an issue that Justice Sonia Sotomayor has brought up. If swearing when not on school grounds is considered a disruption, what else could be categorized along these lines? Recordings of a student at a party saying something along the lines of “I hate school” could definitely be considered a “disruption” if a Snapchat photo could be. Students cannot live in constant fear of their constitutional right to free speech continuously being limited.

Overall, the Supreme Court has a case in its hands that will forever redefine student free speech rights. The only constitutional answer apparent at this time is to side with Levy and uphold the freedoms of students. A siding with Mahanoy would set a dangerous precedent in the future which could snowball into something much worse than ever imagined.

As the Influence of Politics Grows, Should it Influence Our Art?

Improve Your Day with Proper Hydration