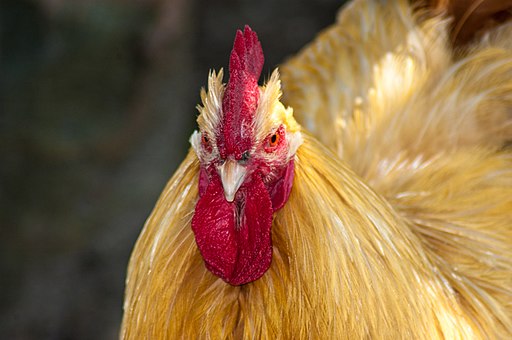 Chicken nuggets are a cornerstone of cheap, good eats around the world.  But with so many choices, it can be hard to choose the perfect version of those crispy, juicy, chicken (hopefully) shapes of goodness.  That’s why I made it my mission to test chicken nugget offerings from 6 nearby fast food chains, in order to determine the true “winner winner, chicken dinner.”

Two years ago, I uploaded a YouTube video with a friend who also goes to J-D, and our goal was to taste all the nuggets blindfolded, and guess which restaurant each came from.  Whoever got the most right won.  But we also came to discover where each nugget option ranked among the others.  I had already tried most of these before the test, but I had never featured them in a face-off with each other like this.  The contestants were: McDonald’s, Burger King, Wendy’s, KFC, Sonic, and Popeyes.  I’m not exactly sure why I didn’t include the famous Chick-fil-A, but it probably would have ranked highly if I had.  Additionally, Popeyes doesn’t currently offer nuggets as a permanent fixture on the menu, but they were available at the time.

First, we unknowingly tried nuggets from Wendy’s.  We concluded that it was a little soft and chewy, but had a good ratio of breading to chicken.  Surprisingly, it tasted like real chicken, and it had commendable seasoning.

Next, we had the reigning champion nugget supremacy, McDonald’s.  I expected to be impressed as usual with these nuggets, and impressed I was.  It tasted processed, and therefore not as much like authentic chicken, but in my book, flavor trumps everything.  It has a good balance of flavors, and it was nice and crunchy, a great quality to have in a good nugget.  Especially considering all the 6 nugget offerings were bought in a row, and none of them were warmed up before we tasted them, so for a nugget to still maintain its crunch at that point without becoming soggy is impressive.

Then came popcorn nuggets with the famous 11 herbs and spices.  That’s right, KFC.  The nuggets tasted processed, but we enjoyed the slight peppery flavor, and I recognized it instantly when I tasted it.  True to KFC, the seasoning was great, and there wasn’t really much to complain about.

Our next contestant, Sonic, came out swinging in the crunch department.  It was very crunchy, so much so that I heard it being put on my friend’s fork.  Despite being almost on the verge of being too crunchy, the flavors were impressive.

Along came Burger King to grace our forks and our mouths with their slightly sweet, chewy, nuggets, featuring not much and not great-tasting breading.  So it really wasn’t that much of a grace at all.  It certainly wasn’t the worst we had that day, but it wasn’t the best, and there are several better options.

Popeyes has recently been pulling ahead in the chicken wars, thanks to their competition-killing chicken sandwich.  But that’s their crowning achievement, while I find their nuggets to be sorely lacking.  I can see why these are no longer on the menu, with their extreme crunchiness and lackluster texture because of it.  I absolutely wouldn’t recommend their nuggets to anyone, and I don’t have to say that, because they can no longer be ordered.

So what do I most recommend?  Well, there are some truly mouthwatering choices out there, and it was hard to rank these nuggets in order, but here are the results: In 1st Place, reigning champion for a reason, we have the all-American classic McNuggets from McDonald’s.  While it was clearly processed, that’s part of its charm.  Its sweetness, saltiness, and crunchiness blend together to form a trifecta of chicken pleasure.  Second to the throne is Wendy’s.  What they bring to the table… wait… make that drive-thru… is a good ratio of breading to chicken, not a lot of the crunch factor, but the seasoning is great, and I’d definitely recommend them in a heartbeat.  But don’t eat too many, because they might stop YOUR heartbeat if you aren’t too careful.  KFC specializes in chicken.  It’s in their name, and true to it, they delivered with their popcorn nuggets.  The 11 herbs and spices blend together scrumptiously, and the pepper really shone through.  Partner that with some great crunch, and you’ve got yourself some quality nuggets.

Time to recap the not-so-quality nuggets.  None of the offerings were dreadful, but I wouldn’t exactly recommend these bottom 3.  The best of the worst is Burger King.  Their nuggets were oddly sweet and chewy, and the lack of good breading, or much breading at all, made these fall flat.  Sonic overwhelmed our mouths with the extreme crunchiness of their nuggets.  Despite the flavors being there, the texture took away from the experience.  Plenty of people “Love that chicken from Popeyes,” but we don’t love their nuggets.  The breading was so extreme, there was barely any chicken in there.  Due to this, the texture was disappointing.  Other people must’ve thought along these same lines, because the nuggets haven’t been on the menu at Popeyes in quite a while.

Chicken nuggets are an absolute staple among fast food, and they aren’t going anywhere anytime soon.  I hope I could guide you in the right direction, so that you end up in chicken heaven.  In conclusion, to quote the slogan of today’s chicken nugget winner, McDonald’s — “I’m lovin’ it.”

How to Make Banana Ice Cream By: Grace Evans

The Breakfast Game is Not for Wendy’s