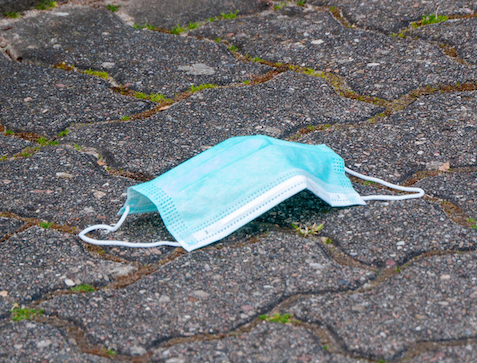 The New York State Department of Health just announced they will not adopt the CDC’s new guidance that masks do not need to be worn in schools.  New York State was planning to rescind the mask mandate in schools, but they have decided to keep it in place.  Negative COVID metrics have fallen sharply in New York State, while vaccinations have increased.  Thus, New York State Health Commissioner Howard Zucker recently sent a letter to the CDC asking whether New York State can lift the mask mandate in schools and camps.  On Monday, June 6, the mask mandate was expected to be lifted in New York schools and camps.  Masks would be strongly encouraged indoors, but would not be required for people of any age, whether they are vaccinated or not.  This would be a big step compared to the previous rules, which allowed masks not to be worn only if vaccinated.  Outdoor mask-wearing would now only be encouraged for high-risk unvaccinated individuals.  The new rules would not affect the already existing rules surrounding other public places.  The CDC responded to Mr. Zucker’s letter, stating that the mask mandate should remain in place.

The new developments come as Governor Andrew Cuomo called schools requiring outdoor mask-wearing “extreme.”  Like New York City Schools, J-D had decided to keep its mask mandate even when it was expected the mandate would be lifted, reflecting the ability of schools to make the rules stricter if they want.  In an email to parents, Superintendent Peter Smith said, “What has happened is that the NYS Department of Health sent a letter to the CDC telling them of their intent to issue new guidance as early as Monday, June 7.  This guidance may significantly change mask protocols for schools.  If the CDC does not object, we could receive new guidance as early as Monday.  School officials must wait for an officially issued NYS Department of Health Guidance document or guidance from our local Department of Health prior to any change in the current mask requirements.  We will provide an update when we receive official guidance.  Until that time, all students, staff and visitors must follow the current mask requirement protocols.”  J-D had not yet issued a further statement as an update, but this will likely occur soon in an email to parents.

The 2019 Budget and School Board Vote