RamPage
Home YamPage Where Was Mikey Meskos When the Texas Power Grid Failed? 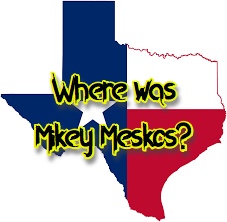 In the past few weeks, many Texans have been left freezing, without power or water. Most media outlets have been directing their energy (no pun intended) to reporting about Ted Cruz’s trip to Cancun at the time of the power grid’s failure. However, another significant leader was suspiciously absent at the same time: sophomore class co-president Mikey Meskos.

On the day that the power grid failed, Co-president Meskos was reported by many eyewitnesses and the attendance office to be in his AP World History class, learning about the French Revolution.

“It’s shocking to think that he would choose to learn about the revolution of France’s third estate against the injustices of the first two estates over helping his (not) constituents,” sophomore Morgan Moracco told Yampage.

“How could he possibly do that?! It’s like he doesn’t even care about the good people of Texas,” Connor Clarkson, a constituent of Meskos, stated.

How could he possibly do that? The short answer is that he simply walked from the large cafeteria to the blue hall. The long answer is much more complicated, but really boils down to his lack of investment in and utter indifference toward the state of Texas as a whole.

At press time, Meskos could not be reached for a comment.

“It’s unbelievable that Mikey could have so little regard for the Lone Star State and our country,” said Meskos’ former opposing candidate and most outspoken critic, Sabina Hege. “Which is why you should have voted for Sabina Hege for sophomore class president.” Hege was also reportedly in her AP World History class at the time of the power grid failure. She and Meskos are in the same class.

Guiseppe Baxter - May 1, 2020 0
“I miss the cold, dark void of the ChromeCart,” wept Chromebook #24 from Cart 1. “It was so comfortable. Sometimes I think about it when I’m shutting down for the night so I can relax a bit. The gentle rolling down the green hallway. The English and French classes going to war over me. Getting put in the wrong slot. Getting plugged in with the wrong cord. Not getting plugged in at all. Oh, so many things could go wrong. It really helps me sleep at night, remembering the good times.”

Excellence and Obedience: A New Student’s Guide to J-DHS