RamPage
Home Lifestyle When Will the Xbox Series X and the PlayStation 5 be in... 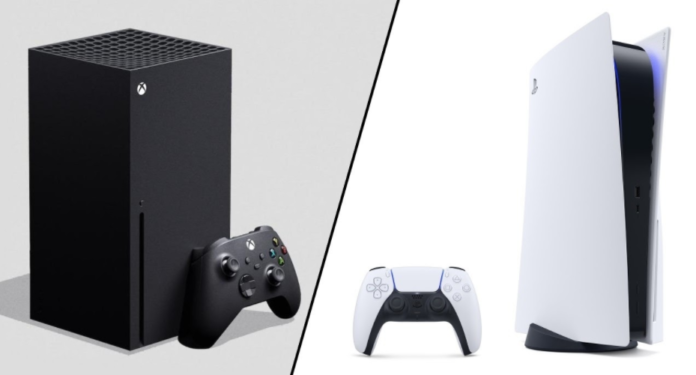 Many are asking, “Which console is better?” or “Which one should I get?” However, there are no true answers to those questions. It might just depend on which remote you feel more comfortable playing with. The computing capabilities of both devices are very similar, but when it comes to sheer processing capacity, the Xbox has a small advantage. Both consoles include almost all of the same features, with both having the same memory (RAM) of 16GB GDDR 6 and also a 4K UHD Blu-ray Drive. One thing that is different, however, is the storage size. The Xbox Series X has a 1 TB NVMe SSD Storage Drive, while the PS5 has a Custom 825GB SSD Storage Drive.

On Thanksgiving week, most stores announced they would have consoles for people to purchase on the shelf.  Due to the announcements, people camped outside of stores like GameStop, Best Buy, and Walmart for more than 24 hours, hoping they’d be able to get a console before it went out of stock. Online, the consoles went out of stock quickly, in less than five seconds. However, many people that did acquire a console have decided to sell them for an upcharge. The resellers are posting pictures of the desired console on eBay, Stock X, and many other online websites, and are selling them for $700 to $1,500. In many people’s eyes, waiting to get a console from a store seems like a better plan, but this may take a while. Currently, nobody knows how long it’s going to be until Microsoft and Sony will begin giving consoles to local stores again.

From Monday, December 29, there is no date for when the Xbox Series X and the PlayStation 5 will be back in stock or be on store shelves. Microsoft and Sony haven’t released a date on when they will be shipping them around the world either. You can check for the consoles’ availability in various stores using the list of links below. However, stores limit the number of consoles sold to one per customer due to the shortages.

Where to buy PS5: quick links

J-DHS Makes the Most of Corona Thanksgiving