RamPage
Home Opinion Editorials When Education is No Longer Learning 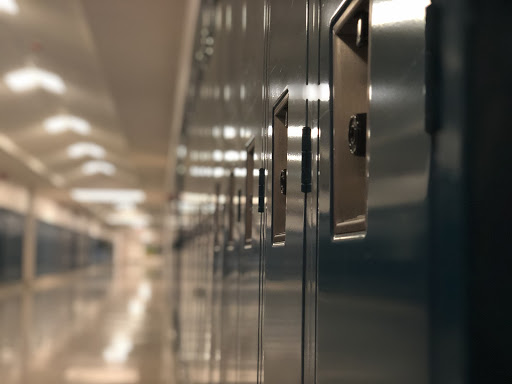 Every day, I spend six and a half hours at school, on top of those two to three hours of homework I am assigned. This means that Monday through Friday, I spend forty-five hours on school, not including ‘extra-curriculars’ and sports, which we are told to do or else we won’t ‘appeal’ to colleges. As students of this school system, people all around us lecture how important the things we ‘learn’ in school are, and that they will help us in the future. But quite frankly, it does nothing of the sort.

This material we are taught: factoring trinomials, every leader of the Ottoman Empire, the half-life of uranium- isn’t going to prepare us for the future. According to the University Herald, 60% of people ages 18-25 don’t know how to cook five meals. Kids are being sent into life with the inability to feed themselves. It doesn’t just stop with the simple task of cooking. Kids are unable to manage money or write a proper email. I’ve met kids who can’t wash their clothes. We spend eighty minutes every other day for four years learning math that we will likely never use again, yet we took Home-Ec in Middle school for two measly semesters. Kids are forced to sit through a class in order to learn every leader of a nation when they only get twenty weeks to learn about how to keep themselves healthy and happy.

“This is not learning,

Education is about learning. According to the Merriam-Webster Dictionary, this means “to gain understanding of”, yet these days it seems just to be rote memorization. There’s a major difference between learning and memorizing, and I can promise you only one should be used in schools. Kids aren’t learning this information, they’re given it, they spend hours memorizing, then on the test day, they simply throw material back up. This isn’t learning, it’s more like academic bulimia. The constant regurgitation of material isn’t learning, and it isn’t healthy.

Our brains are the center for learning, and as seen in any study of the brain, each human being’s brain is slightly different from the next. When taking this into account, it would make sense that each person would learn material slightly differently, right? Then why are twenty-something kids thrown into a classroom and pitched material the same way? It simply isn’t effective. Imagine if this idea was put into a medical hypothetical situation: twenty people go into the doctor, all with different illnesses, but instead of doing an examination, the doctor just prescribed Tamiflu to everyone. For a few patients, that will work, but it wouldn’t help the rest. In fact, it could be harmful.

Some people say that our school system is great and that we should be thankful to be blessed with such a privilege. I agree with part of this: Yes, we should be grateful to be able to go to a place to ‘learn’ new things, but that doesn’t make it great. In fact, the very school system we have today is the same as the one from over a century ago. As stated in an article in U.S. News and World Report, the education system was made for the industrial era, in order to pump out as many factory workers as possible. But things all around us have changed due to our fast-paced society, our houses, cars, and even environment. So how can some believe that a century-old system is suitable for us?

we children only make up a mere 24% of the population, but we are 100% of the future

As stated by a government census in 2010, we children only make up a mere 24% of the population, but we are 100% of the future. As Albert Einstein once said, “Everyone is a genius. But if you judge a fish by its ability to climb a tree, it will live its whole life thinking it is stupid.” We need to change this system, bring out that genius in every child, and in exchange our children will look forward to learning new things, leading to a brighter and happier society.

Teens Step Up to Change the Nation

Women Should Be Paid the Same as Men. Period.

Refugees Are Begging While America Turns Its Head