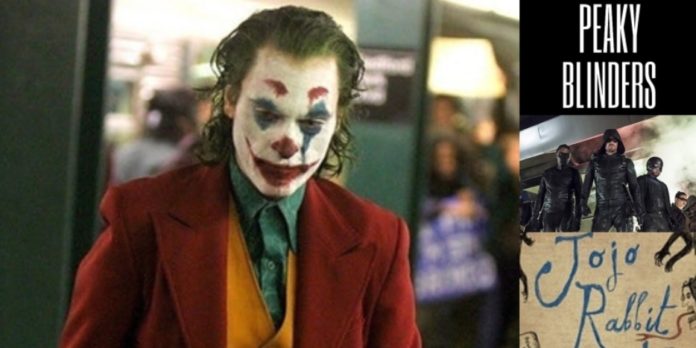 What are you watching this October?

October is here! That means another month filled with new releases in both cinema and television. Here are some of the brand new films and series that are being released throughout the month.

Joker, starring Golden Globe and Grammy Award winning actor Joaquin Phoenix hit theaters October 4th. This version of the Joker is unlike any of his predecessors. The film reportedly is ominous and dark but still should be extremely entertaining.

Academy Award Nominees Woody Harrelson, Jesse Eisenberg, Abigail Breslin and Academy Award Winner Emma Stone reprise their roles as Tallahassee, Columbus, Wichita, and Little Rock in Zombieland: Double Tap, the sequel to 2009’s comedy adventure, Zombieland. In the sequel, the gang of zombie slayers come together once again to defend one another against a newly evolved outbreak of zombies. Will they survive this time?

On the CW this month, Batwoman, starring upcoming actress Ruby Rose is about Kate Kane and how she lives her double identity Batwoman.

Big Mouth Season 3 hit Netflix October 11th. What more can puberty cause for Andrew and Nick, two normal best friends going through change?  Find out by visiting Netflix and watching the new season.

Sophomore Jenna Law looks forward to Maleficent: Mistress Of Evil. She also plans to finish all the current seasons of the television show, Arrow, in preparation for its eighth season also premiering this month. Law prefers to wait until the whole season wraps up to then binge it rather than waiting for each new episode to come out.

J-DHS social worker Will Hartley looks forward to Joker but he is most eager for the fifth season of the show Peaky Blinders. He’d prefer to wait till the entire show is on Netflix rather than watching every episode aired on television.

The Year to Come

The Year to Come