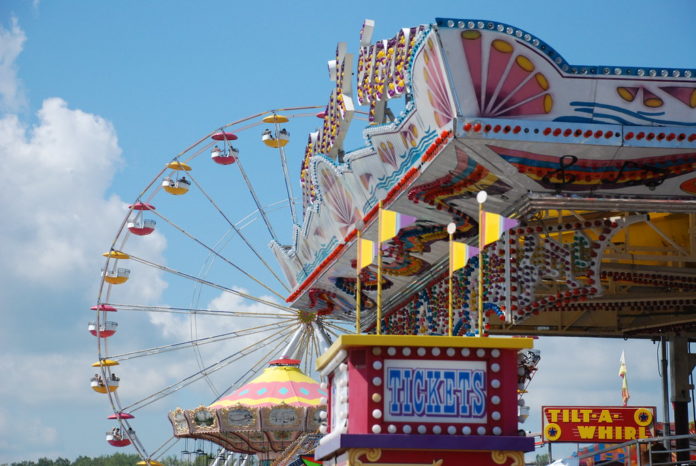 When the end of August rolls around and you live in Syracuse, NY, you’re only thinking of two things. Two things that counteract each other. The joy and awful stench of the New York State Fair and the all-mighty, dreaded return back to school. But the fair didn’t smell as bad this year, leaving many to wonder, why?

Well, this is due to a couple of reasons. The most interesting reason is being called the “feces thief.” At the end of every night, before the fair closes, someone has been going into all the animal stables and stealing the whole floor, hay, and whatever else may be lurking in there.

However, the most significant issue with this year’s fair would be the fewer number of people in attendance. According to a random person on the side of the road, there were 7 billion fewer people that attended this year compared to previous years. This caused some trouble for business owners that rely on the fair to pay for their bills and unnecessary designer purchases.

A reporter from YamPage went to retrieve statements from business owners and described the experience: “It reminded me of my 6th grade birthday party: there was nobody there.” And while we can’t reason about our reporter’s lack of friends, we can understand the lack of attendance. The following businesses have allowed us to use their statements: Fred’s Fried Turtle Shells, Socks-on-a-Stick, The Original Fermented Fava Beans, and Everything Chocolate-Covered.

The first person our reporter spoke to was Fred Friedson from Fred’s Fried Turtle Shells. Fred tells YamPage, “This year had the absolute worst outcome in fair history ever since I opened this stand back in 1784.” At this moment, our reporter had to take a step back and let Freidson breathe as he started to bawl his eyes out into a turtle shell. He went on to say, “Not only has business been rocky due to COVID, but our turtle shell supplier ran out of turtles! I went down to the creek myself to catch some, and I really tried, but there was not one single shelled turtle in sight. They were all gone!” Freidson wouldn’t tell us how he kept the shop open, but an eager employee who will not be named for the sake of their job did: “When Fred found out there were no more turtle shells being shipped, he had a meltdown and resorted to the cheaper alternative, tortoise shells. Yes, I said it, Fred Friedson had tortoise shells overnighted from the Ivory Coast to keep business running.” They ended their statement by saying, “The worst part is, the customers never noticed.” Well, they will now.

Towards the end of their visit, our reporter noticed a certain shop packing up early, Socks-on-a-Stick. When our reporter asked for a comment from the owner, she insisted they buy a pair of socks first. After the purchase of the $7 socks, owner Linda LouWho told us, “I just don’t know what happened, it’s almost as if people don’t want pre-holed socks anymore.” Linda, we can only imagine why. Linda LouWho went on to say, “We even got higher quality sticks this year, they’re not even infested with fire ants like usual! Socks-on-a-Stick should’ve been a hit with all of the sock-obsessed millennials, I just don’t know where I went wrong.”

After the owner of The Original Fermented Fava Beans overheard LouWho speaking to our reporter, they wanted a piece of the action too. So they flagged down our reporter by throwing raw fava beans at them. Needless to say, it worked. Fava Philanthropy tells us, “As the only fermented fava bean seller in the world, our truck is always busy. I mean, there is always a line, when I say always, I mean it. But somehow, we’re barely making enough to pay rent on our food truck, I mean the math just isn’t adding up.” When our reporter asked owner Fava Philanthropy why he thinks the math isn’t adding up, he said, “Well, I don’t know, why are you asking me? It’s not like I’ve ever passed a math course.”

Our condolences go out to all of the businesses affected by the lack of billions attending the fair this year.