RamPage
Home Opinion Washington D.C. Should Not Be A State 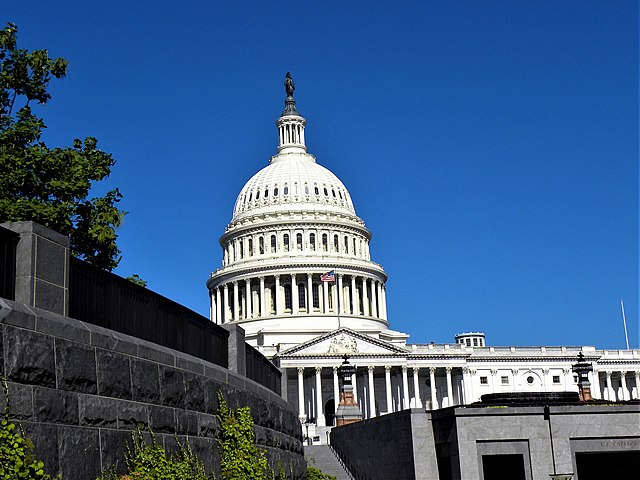 There is a growing number of senators and representatives lobbying for Washington D.C. to become the 51st state of America. Democrats claim this action will bring a deeper meaning to the United States democracy, but Republicans see this as an obvious power grab to give the Democrats a larger majority in Congress. This split stays constant among all members of the House of Representatives as H.R. 51 was passed 216-208 (all voted along party lines). The District of Columbia should not become a state. Instead, the land outside of federal buildings should be retroceded to Maryland and constrict D.C. to purely the federal buildings.

Supporters of D.C. statehood quote a long-time battle cry of Americans: “No taxation without representation.” Because D.C. citizens pay all federal taxes but do not get votes in Congress, they believe that our democracy is not a true democracy. This statement, when isolated, is correct. Where this goes astray is their proposed solution. To put it simply, they believe that the land outside of the federal buildings should become its own state with two senators and the applicable number of house members. The federal buildings left will remain the District of Columbia. This proposition is bizarre for many reasons. For example, Washington D.C. is tiny and would by far be the smallest state geographically. To put this into perspective, the current smallest state is Rhode Island sitting at 1,214 square miles. Washington D.C. is 68 square miles—more than 17 times smaller. In addition to this, there are many more problems than meet the eye.

The first major problem with D.C. statehood stems from the 23rd Amendment of the Constitution. This amendment states, “A number of electors of President and Vice President equal to the whole number of Senators and Representatives in Congress to which the District would be entitled if it were a State, but in no event more than the least populous State.” With the current Democratic plan, this amendment would have to be repealed because of originally unintended repercussions. If the 23rd Amendment was not repealed, it would give three electoral votes to the people living within the federal buildings left in the capital—just the president and their family. This would automatically give three electoral votes to the incumbent which is an obvious issue. It does not state anywhere within the current bill that the Democrats are looking to repeal this amendment, so it remains to be an issue.

The second main issue is the reason behind the push of D.C. statehood in the current climate of the political sphere. It’s easy to understand that the Democrats are frustrated in Congress with their narrow majorities being used to push legislation. If D.C., a firmly Democratic area, were to become a state, they would be entitled to two senators and at least one representative in the House of Representatives, all of which would more than likely be Democrats. This would allow them to pass larger/more progressive bills that fit their agenda while the Republicans continue to lose influence. The major bill they would most likely try to pass with this majority is to expand the Supreme Court. This would allow them to have a majority in all three branches of government and, therefore, be able to pass a lot more bills that would be harder to repeal.

The best answer to D.C. statehood would be not to make D.C. a state, rather, retrocede the land to Maryland other than the federal buildings. This would grant full voting rights to D.C. citizens who currently lack it and solve the constitutional issues if executed correctly. Section Two of the 23rd Amendment allows Congress to pass legislation to enforce the article. If the legislation is written correctly, it can solve the internal issue of the president getting three electoral votes, but only if it is written correctly. If lawmakers try to include smaller issues into the legislation to further their own agenda, it will continue to be rejected, and the citizens of D.C. will continue to go without voting rights. The answer is right in front of Congress’ noses, if only they were able to break out of their partisan bonds.

Overall, the answer for D.C. citizens to gain full rights in their democracy is through retrocession of land to Maryland. Will this be considered? Possibly. The Republican party is looking at this option but has not introduced anything of great detail to the House of Representatives to get an initial vote on or engage American citizens. We will have to wait and see how this issue plays out in Congress and the arguments those on both sides make.

What People Don’t Realize About Dieting