RamPage
Home Culture Games The Mother of the Modern RPG, a Review on Mother 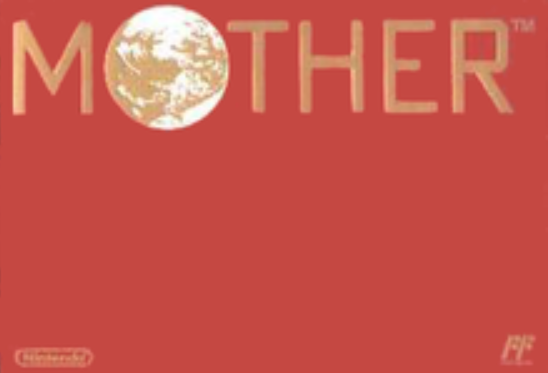 An RPG is something a lot of people enjoy playing. It’s something that really deserves recognition, and is, honest to goodness, an important genre, even if it’s not something everyone plays. These games tend to be focused more on story than on action, at least newer ones. However, today we take a look at an older one. This game influenced gaming as a whole, but, oddly, its sequel is better known than the original. Today we take a look at Mother.

Mother was released in Japan in 1989, the same year as the Gameboy. During its planned release outside of Japan, it was removed, mainly due to the fact that the SNES was going to be released, and it would’ve been a waste of profits to send it around the world when people could be getting a brand new console. This review is discussing the plot, gameplay, the graphics and music, the negatives, and the overall.

The plot begins from George and Maria, who were abducted by aliens due to George’s research on a power called psi, being able to control their environment and use magic-like abilities by honing in on their mind. During this abduction, Maria acted like the mother of Giegue, known here as Giygas, and sang a song of 8 melodies to nurse the alien. But George experimented on the alien, and was sent to Earth again. His great-grandson Ninten was alive during the time of an alien invasion, led by Giygas (reluctantly) as he sent down alien forces to control Earth. Ninten chooses to set out on an adventure and meets Loid, a child mocked for being a weakling, but is in fact a genius; Ana, a psi-sensitive child who saw Ninten in a dream, and who happens to be very attuned to PSI and PK; and Teddy, the leader of the Bla Bla Gang, whose parents were killed on Mt. Itoi (which happens to be Giygas’ invasion point).

The gameplay is very interesting. In it, you have the standard attacking and defending moves in RPGs, which deal and reduce damage respectively. Throughout it, you get attacked from people under Giygas’ control (a lot, which really hinders the experience). You’re able to use items, too, which is also normal, and occasionally special options, like a tank for example. How a 12 year old can operate a tank is beyond me, but it’s cool. But the key ability in this game is PK, or PsychoKinesis, an ability to use magic-like powers initially used by the aliens that George studied. Each of the characters are unique in their abilities. Ninten is an all-around balanced character; Loid is a weak fighter and can’t use psi, but is a genius with technology; Ana is almost completely psi-based; and Teddy is unable to use psi but is great physically, dealing a nice amount of hurt to everyone in his way.

When it comes to the graphics, I’d say they’re good for the time. For the time. When this came out, its graphics were really something to gawk at. In the overworld, the graphics were okay, but in battle is where they shone bright. The game has enemies that are incredibly detailed, especially for a second-generation console. Though battles do lack many animations it was still incredible how they made them, especially with the limitations of the NES. This game truly stretched the limits of this console. The music is a great chiptune track, so much so a fan remastered the soundtrack on YouTube. The music is really catchy and something you could chill to. Like everything else, it really stretched the limits of the Gen 3 console platform it was on.

However, every good game has its flaws. Mother is incredibly, incredibly difficult. So much so it was a turn off for me. I had a hard time playing this, and the emulator I used couldn’t work anymore due to how it was based in flash (which has been cancelled). The starting enemies, like Wally, were very, very annoying. It would be fine if these enemies were infrequent, but they’re EVERYWHERE! You can’t go 3 steps without some random enemy getting in your way. In Earthbound (the sequel to this game) the enemies were less frequent and easier to defeat. I think this game could have done with an easier mode, and that way you could focus on the story and still fight enemies, but it wouldn’t have been grueling. This alone is what really pushed me away from this game. Most NES games suffer from this issue, so it isn’t alone when it comes to this problem. The issue is the difficulty spike is much earlier than I believe it should have been.

Overall, Mother is a game I recommend playing, though it does suffer from its difficulty and from the time in which it was made. Nevertheless, it’s still a good game. The localized version is on the Wii U virtual console and is called “Earthbound Beginnings.” If you’re good at RPGs and can get past the difficulty, the story is incredible, and I suggest giving it a play. I’d rate this game a 3.5 out of 5 stars. This game does suffer from its time, but is still my recommendation. The virtual console is completely translated and has added a “run” button, making random encounters less frequent.

Four Calming Things to Watch, Play, or Listen to Over the Holidays