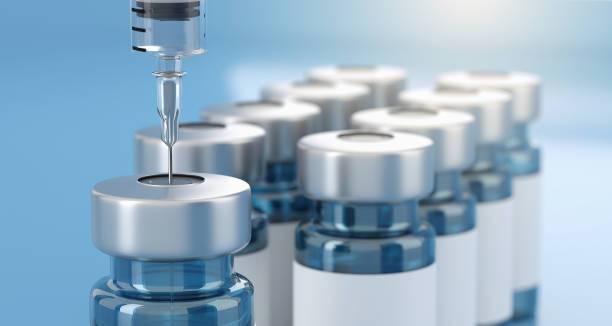 As variants such as the Delta variant take hold, many countries have approved vaccine mixing: administering one dose of a vaccine from one manufacturer, then another dose by a different company.  Supporters of this method claim increased speed in vaccinating the population and high efficacy against COVID-19.  It also allows supply-constrained countries to continue their vaccination programs.

Ongoing trials from Spain and the UK suggest that mixing vaccine shots leads to a strong immune response and can sometimes even outperform two doses of one vaccine.  Vaccine mixing has also been tested in the real world.  After blood clots were found as a result of the AstraZeneca vaccine in some cases and countries paused use of that vaccine, many governments administered a second dose of a different shot to those who had received the AstraZeneca jab as their first shot.  Even world leaders such as Angela Merkel (Germany), Mario Draghi (Italy), and Justin Trudeau (Canada) have had to mix their vaccine doses.

While this is the first time doctors have used mRNA vaccines to prevent against infectious diseases, there is no biological reason vaccine mixing should be dangerous.  According to Dr. Gloria Taliani, professor of infectious disease at Sapienza University of Rome, “There is no biological reason why vaccines that use a different stimulus to the immune system could be harmful to any person.”

The University of Oxford conducted a trial investigating the safety and efficacy of mixing the Pfizer and AstraZeneca vaccines.  They found that mixing these two vaccines produced a strong immune response against the virus.  They also discovered that AstraZeneca followed by Pfizer was “inducing higher antibodies and T-cell responses than Pfizer followed by AstraZeneca.”  Two Pfizer shots still produced the highest level of antibodies, but both Pfizer/AstraZeneca mixes produced better results than two AstraZeneca doses.  However, the Pfizer/AstraZeneca mixes produced the best T-cell response, even better than two Pfizer jabs.  Spanish and German studies also backed up these results from Oxford.  A Philippines-based study will also test vaccine mixing with many vaccines, but the study isn’t expected to conclude until 2022.  Thus far, it seems that a mix of an mRNA-based vaccine and an adenovirus-based vaccine may be the most effective way to mix vaccines.

No evidence has been found that mixing vaccines increases the likelihood of severe side effects, but results from the Oxford study found that mixing vaccines can lead to an increase in mild to moderate side effects.  In that trial, 30-40% of those who received mixed vaccine shots reported fever after the second dose, compared with 10-20% of those who received two of the same shot.  However, this result may have been due to the abnormally long interval between doses in this study.  On the other hand, increased side effects could be due to the fact that each of the shots have their own side effects, so combining two shots could mean different side effects.  The studies were also small—only a few hundred people—so they did not catch rare side effects that may only have a 1-in-1,000 chance of occurring.

However, little remains known about COVID vaccine mixing.  Without lengthy follow-ups in the existing vaccine mixing studies, the duration and level of protection of mixed doses remains unclear.  Thorough trials are also becoming difficult to conduct.  As infection rates decrease, more participants are needed to detect differences in infection rates and other metrics.  Oxford is now testing Moderna and Novavax as well as Pfizer and AstraZeneca, so new data may emerge soon about vaccine mixing safety and efficacy.  Trials have been few in number, however, and more are needed to be certain that mixing vaccines is fully safe and effective.

What’s Happening Between Russia and Ukraine