RamPage
Home Opinion Three More Parties in the U.S. that Aren’t the Democratic or Republican... 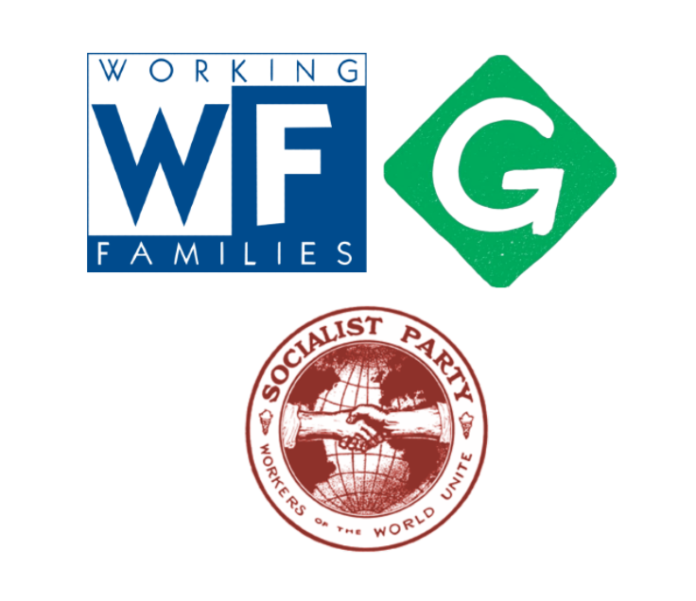 This party believes that both the economy and society should be run by the public, specifically to serve the public. In this system, people aren’t able to make profits and create generational wealth which, in turn, helps the community in the long term. They believe that large corporations are oppressive and exploit their workers, and therefore, should not exist. Instead, businesses should be run by the community, who can decide what these businesses produce.

This party has a very unique view on gun control. While there are a lot of varying beliefs within the party, they can agree on the following points: guns are necessary in order to allow exploited and oppressed people to stand up for themselves, and states/communities should control their own gun laws. However, they don’t believe any citizen should be able to own an automatic or semi-automatic rifle.

This party also believes that women should have full reproductive rights, no matter where they are during their pregnancy. They believe that any law or legislation passed that forces women to have a child is fundamentally flawed. They draw the conclusion that wealthy and privileged women are able to get abortions more safely and cheaply than underprivileged women can. They believe that all women should be able to go into an abortion clinic near them and get an abortion for free (presumably paid for by tax dollars, although not blatantly stated) no matter the stage of pregnancy.

This party is built upon what they call “The Four Pillars of the Green Party,” which includes peace, ecology, higher wages, and democracy. They believe that there is no need for American intervention in foreign affairs and generally agree that there is no such thing as a “just war.” While this seems similar to the libertarian party, their reasons for this belief are different. The libertarians believe it is better for economics if the U.S. brings troops back, as well as it avoids costly military presence in Middle-Eastern wars. The Green Party takes it a step further by advocating for the environment in war zones which would undoubtedly be destroyed beyond repair.

What separates this party from others is its focus on the environment above everything else. They advocate for the passing of representative Alexandria Ocasio-Cortez’s Green New Deal, and an expansion of it in the future, as well as a $4 trillion Green Stimulus which would fund renewable energy sources.

Similar to the Socialist Party, this group believes that the opportunity to benefit equally from resources is a human right that cannot be taken away. Additionally, they believe that wealth needs to be redistributed from wealthy corporations to people who need it to survive. To do this, they support a $15 minimum wage and a complete restructuring of society and economics to support a system where large corporations do not exist.

They nominated Howie Hawkins and Angela Nicole Walker (president and vice president, respectfully). Hawkins attended Dartmouth College where he did not receive a degree due to not fulfilling the foreign language requirement. However, while at Dartmouth, he founded a club that rallied against the college’s funding of companies who supported or funded the Vietnam War. The party currently has ~245,000 members and was able to pull 402,716 votes in the 2020 presidential election.

This party believes that everyone should have the amount of money they need to thrive in their communities, but they should not be able to create generational wealth. They pride themselves on a vision of the U.S. where no matter your race or gender, you’re able to be a positive influence in your community which, in turn, will propel the U.S. into prosperity. This party believes the top 1% of Americans need to have their wealth redistributed and put into funding schools and safe water for all.

This is a fairly new party; it was formed during 1998 in New York by mostly labor unions. Because of this, their views on issues stem from modern-day occurrences more than relying on the tradition of their party’s platform.

The thing that separates this party from others is their zealous dedication to taking down rich political and economic bosses and putting the worker over the company. They believe that when a company starts outsourcing jobs, stagnating/cutting wages, and increasing their prices, the company is no longer serving the working families of the U.S. and needs to be taken down.

The party supports the right found in the Second Amendment for citizens to own firearms, but they also support reform to the current system in which one can obtain a firearm. This party believes that all citizens who want to buy a gun should have a mandatory background check and psychological testing to prove that they’re mentally capable to responsibly own a gun.

This party currently has ~50,000 members but did not choose to have a candidate run for president in the 2020 election. Rather, they chose to endorse Bernie Sanders and eventually Joe Biden.

There are countless more parties in the U.S. slowly rising in popularity among voters. When it’s time to go to the booths for any election, make sure you’re familiar with what each candidate believes in and vote with morals, not the party they’re a part of.

Social Media Is Ruining Your Life

Testing In High Schools is Ineffective