RamPage
Home Culture The Evolution of The Oscars 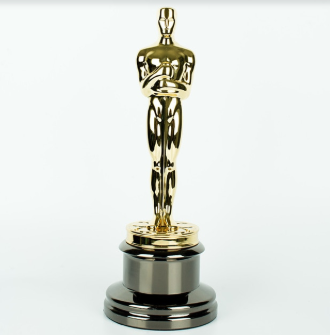 Every year, millions of people all around the world get ready to watch the Academy Awards Ceremony. Since 1929, the Oscars have been presented yearly, but each year is different than the last. From the awards presented to the fashion, there is always something surprising and new to look forward to. Although the Oscars have been a very famous event for a long time, not a lot of people know how and when they started.

In 1927, two years before the first academy awards ceremony, Louis B. Mayer, an American film producer,  held a dinner at his home where him and his guests discussed creating a group to organize an award show to promote all the hard work that goes into making a movie. The following week, 36 individuals from all different parts of the film industry gathered to hear a proposal to found the International Academy of Motion Picture Arts and Sciences.

The first Academy Awards were presented on May 16, 1929 at the Roosevelt Hotel Blossom Room in Hollywood, LA. The Blossom Ballroom hosted 270 attendees, including Charlie Chaplin, who won the Academy Honor Award. There were only 15 awards handed out by host,  Douglas Fairbanks, the president of the Academy of Motion Picture Arts and Sciences. The ceremony only took five minutes, since the winners were announced in February for the May ceremony, which took away the suspense that we now have at the Oscars.

At this time, televisions were new, therefore the oscars weren’t televised. So, the second year of the Oscars, there was a list of the winners sent to newspapers ahead of time, but they couldn’t publish the results until  11 the night of the ceremony. The second Oscars ceremony was also broadcasted live by a Los Angeles radio station since the first ceremony got so much excitement. In 1953, the Oscars were televised for the first time so that millions of people through America and Canada could watch. Although that it was an improvement that they were televised, they were televised in black and white until 1966. In a short amount of time, they went from only the people attending the Oscars would get to see them, to them being broadcasted internationally so over 200 countries could witness the ceremony.

As you can imagine, as the times have changed so have the movies nominated. In the first couple years of the Oscars, many of the movies were silent films, or they had music added in to them, unlike today. Now, most of the movies have dialogue so you don’t have to assume what the people are thinking. Also, there are not very many movies made that are in black and white, they seemed to be more popular back then.

To adapt to the innovative world of motion arts, the awards have to keep evolving every year. The amount of awards has almost doubled from the year it started to now. In 1929, there were 13 awards handed out compared to the 24 awards handed out at the most recent ceremony on Feb. 24, 2019. Although there has already been a lot of awards added, there are many more people can think of, including freshman Emilia Patalita. “I think they should add a award for best  kids movies, so then younger people can relate, said Patalita. This would be a good way to get younger kids and families to watch the Oscars together. Many students said that they didn’t recognize very many people or movies, which made them lose interest.

This year at the Oscars, something happened that had not occurred in 30 years, there was no host for the Oscars. Originally, there was an announcement in December saying that Kevin Hart would host, but due to an outbreaking scandal, he decided to not go through with it. So, the academy attempted to find a new host, but there was no luck. Instead, they enlisted a line up of celebrities to announce the awards and hoped that it would suffice, but to many of the viewers it didn’t. “Without a host, the show was boring and not very funny and worse than past years because of that,” said sophomore Essex Glowaki. Although not everyone thought of the show like this. Junior Gabby Modesti watches the awards every year with her family and didn’t think this show was the best, but she enjoyed having no host. “Without a host you were able to see more people instead of the same person the whole time,” said Modesti.

Although, not having a host wasn’t the only reason that people thought the show wasn’t the best this ear. “I was really disappointed, the show was honestly pretty boring and seemed to drag on,” said freshman Natalie Goodson. Many people wished there was more musical performances during the show to entertain the audience because the performances were the highlight of the show for them.

Overall, the Oscars are a wonderful event to showcase everything that goes into movies and honor people that put tons of hard work into them, for our entertainment. Examining each aspect of the Oscars from when they started to now, also shows how much times have changed and evolved. Looking back at how much our world has improved since the first academy award ceremony gives off a hopeful feeling of what kind of great works we can expect in the future.

Just like this year, and every other year there are certain people’s outfits that stand out for everyone attending the academy awards. For example, four of the four people who were asked if anyone’s outfits stood out, they all chose lady gaga, and included her beautiful necklace. Gaga chose to wear an elegant black dress with a diamond Tiffany and Co. necklace. This necklace is known as the “the largest and finest fancy yellow diamonds in the world,” why is exactly why it made a statement. In 1969, Barbra Streisand stole the show with a sheer blouse and trousers, designed by Arnold Scaasi. This shows how even though many things evolve, including the fashion, somethings stick, like how your outfit can make the world of difference for the outcome of your reputation.