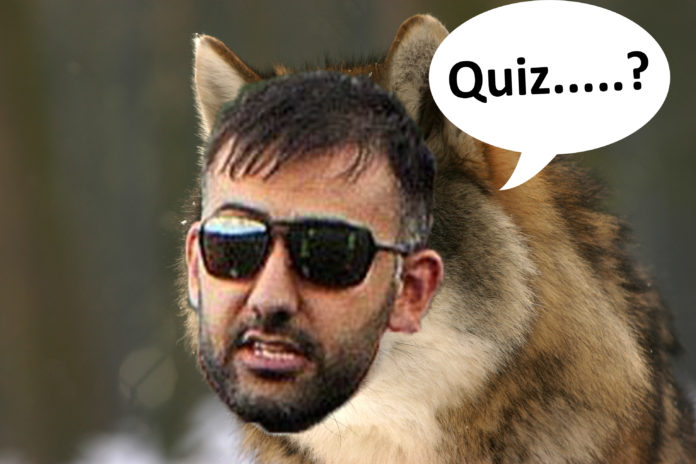 There once was an APUSH teacher named Mr. Bunyan, who liked to drink coffee and leave concise messages on his board for students to read upon entering class. But he soon grew tired of just assigning American Reader pages for students to read and HIPP sheets for them to fill out at the beginning of class. He thought, “Watching students read about history is boring, I can practically see them snoring!”

One day, while his students were reading Abraham Lincoln’s Second Inaugural Address, Mr. Bunyan had an epiphany: “Back in teacher school, they told us to give quizzes to wake our students up; maybe I should act like I’m giving a quiz to get out of this little hiccup—and then I won’t have to grade anything!”

The next class period, his students were shocked. On the board, they saw the word “Quiz…..?” instead of their usual assigned reading. They began furiously studying, flipping through their notes with vigor, and actually talking about U.S. History for the first time in half a century.

Mr. Bunyan was so thrilled to see this that he had to leave, disguising his departure as a trip to get more coffee. All down the hall, he shared his success, his brilliant plan which had ignited historical passion in APUSH students despite it being only 7:45 in the morning.

When he returned to the class, he concealed his joy, launching right into a lecture on the Second Industrial Revolution like nothing had happened before.

The next time he saw those students, he played the trick once again. This time, he left out the ellipses and went right to the question mark: “Quiz?” The students were a little hesitant, starting to catch on to his little scheme, but they studied ferociously anyway, afraid that he might not be lying.

But he returned once more and handed out an excerpt from a Chernow presidential biography for them to read, his mask hiding his smile, and the students staring at each other in disbelief.

At this point, he knew his students had caught on to his little game, so this time he’d show he wasn’t a liar, by writing “Quiz…?” on the board and heading out to grab the papers. But this wasn’t just a quiz—oh, no. Not one of the three question ones he gave to check if they had read the textbook. No, this time, he was giving a mini-test, to be exact, 23 questions in all. “This will show them,” he thought, as he grabbed a cup of coffee down the hall.

When he handed out the papers, he could see their panic grow. His students hadn’t studied this time, believing this was another of his shows. He cackled silently in the back of the classroom as he watched his students squirm, but when he went to scan the Scantrons later on, his intentions were not affirmed. All of his students had failed (At least in their definition of fail. They’re all honors students so an 80 might as well be a zero) and now they were rallying against him, wanting extra credit and a second chance.

After the 34th student came to him begging for an extra credit assignment, he finally learned his lesson. From that point on, he would no longer taunt his students as he had before. A quiz is a sacred thing, he thought to himself, something that shouldn’t be taken lightly. He would give no additional extra credit since that was against his principles, but he had learned a lesson at the end of the day. No longer would he be the Bunyan who cried “Quiz.”

They all lived happily ever after, except for his students, of course, who were still dealing with the first Bs of their academic career.