RamPage
Home News National The Bail System in America: How it Works, Why Many Are Calling... 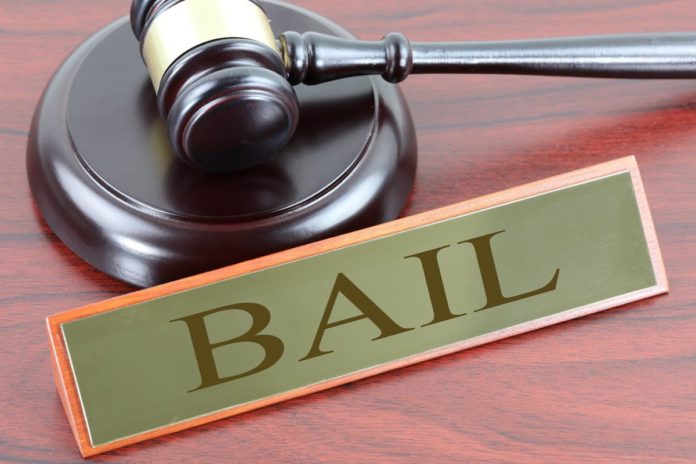 In late 2019 and early 2020, New York State passed multiple progressive bail reforms.  The reforms made it so that only high-level offenses, sex-related offenses, and a few select others can result in bail, and a defendant’s criminal history cannot be taken into account (expect in rare cases) when setting bail.  The New York State law’s purpose was to give poor people the same pre-trial freedoms as more well-off people.

A month after the law was passed, Onondaga County legislators passed a resolution urging New York State to amend the previous bail reforms by allowing judges to impose bail for certain low-level offenses.  The county also seeks to relax the 15-day deadline for police and prosecutors to give trial-related materials to defense attorneys, saying it has imposed personnel costs on the county.  The resolution against the reforms was supported by Republicans and opposed by Democrats, who claim the current bail system victimizes impoverished people.  One Republican legislator stated that this was not a partisan issue, and that the bail reform laws needed urgent change.

According to Onondaga County Legislature Majority Leader Brian May (R), “When the New York State passed this mandate in 2019, there were definitely opportunities to improve how bail is used within the criminal justice system.  Reducing the onus of ‘making bail’ on inmates charged with certain crimes, cutting extraordinary incarceration costs and maintaining the public’s safety and welfare seemed to be some of the more noble goals driving this initiative.  Unfortunately, the Governor and State Legislature far over-shot these reasonable objectives and delivered a mandate to counties that negatively impacts society, not to mention undermines judges’ highly-capable discretion in such matters.  Additional reform is needed to better align results with the public’s overwhelming desire for law, order and safety.  I agree there are downsides to ‘making bail’ about one’s ability to pay, but there also needs to be more accountability for certain crimes, behavior and circumstances.”

“As to the change in bail, I have been in favor of it because too often people linger in jail for small, non-violent crimes due to lack of money for bail.  Not only does that create problems for the individual (possible loss of job) but it creates added expense for the county housing the individuals,” says Minority Leader Linda Ervin (D).

There have been many alarming news stories with headlines along the lines of: “Alleged Murderer out on Bail Goes Missing,” or, “Repeat Offender out on Bail Commits Murder.”  Critics of the bail system have for years stated that it favors the rich over the poor, but it has been effective in persuading defendants to attend their trials in court.  Here’s how the system works in much of the U.S.

When someone is accused of a crime, they must appear before a judge or magistrate who decides whether or not it is possible they have done something wrong.  The procedure to convict and imprison someone can take time, even years, and the alleged criminal is of course innocent until proven guilty.  If the prosecutor shows evidence that the defendant has a history of violence or many previous arrests, the judge will choose not to let the defendant go on bail.  This allows the defendant to go on with their everyday life until their case is closed (work, raise a family, etc.).  It’s also beneficial to the defendants because it’s easier to coordinate a legal defense with an attorney if the defendant is out of jail.  If the judge refuses bail, however, the defendant will remain in jail until their trial despite being presumed innocent.

To decide on whether to set bail, the judge must consider several factors: the risk of the defendant fleeing, the type of crime alleged, the threat the defendant could pose to the community, and the overall safety of the community.

There are several counterarguments, however.  Some states do not allow bail bond agents.  If alleged criminals in those states cannot post bail (pay bail), they simply stay in jail until their trial.  Other U.S. states have banned the use of cash bails due to the costs, but they still allow defendants to be released without bail.  According to Vox, bail bond companies target defendants and their families, especially people of color.  A main argument against money bail is that it detains people without giving them a formal detention hearing.  Many claim another issue with bail is that some courts follow a bail schedule, in which they choose bail based on the severity of the charges, but they don’t look at other aspects of the case or the person’s ability to pay.  Additionally, bail is often set without the defendant’s legal counsel present, which many claim is unfair. There have been countless stories of people who have languished in jails awaiting trial for many years because they can’t afford bail.  The issue with bail bonds, says the American Civil Liberties Union, is that people who remain in jail have a lesser chance of winning their trial, but those who get a bail bond can spend years paying back the bond agency.  Many claim this leads to a vicious cycle of poverty.  People in impoverished areas turn to crime to pay the bills, they get arrested and go to a bail bond agency, then they are stuck in debt for years.

If bail isn’t always good, then what alternatives are there?  Some places instead require a defendant to report to a court officer and live under certain restrictions.  Instead of getting out on bail, they get out for free and are monitored.  Another method is release on recognizance (ROR).  ROR is a system in which defendants give a written promise to return to court, with no money necessary.  In certain places, bail can also be set in the form of property, rather than money (property bail).  There is also a deposit bail.  In this case, the court would become the bail bond agent, and the defendant only has to pay a percentage of their bail.  Another system is third-party custody.  In this case, a defendant would be released into the hands of an individual or an agency, other than the jail, who would monitor them.  Unsecured bonds are bonds in which the defendant promises to return to court under penalty of paying a set price.  It is very similar to the traditional bond system, except that the defendant does not pay anything into any account unless they skip court.  Finally, signature bonds are bonds that are typically only given to people charged with minor offenses.  They are based on a defendant’s written promise to appear, just like ROR, except that they involve no assessment of a defendant’s threat.

Ultimately, there are arguments for and against the bail system as it exists in the U.S.  It has been effective overall in getting defendants to go to their trials, but critics claim the system is unfair and needs to change.  Bail reforms movements have been gaining traction across the country to eliminate money bail, and several states have already banned it.  The bail system is up for debate in America and across the world.  Whether it be good or bad as it is, more and more localities are changing the bail system.

FDA Approves First COVID-19 Pill and is Expected to Approve a...

President Biden Announces New Economic Plan and Much More in His...