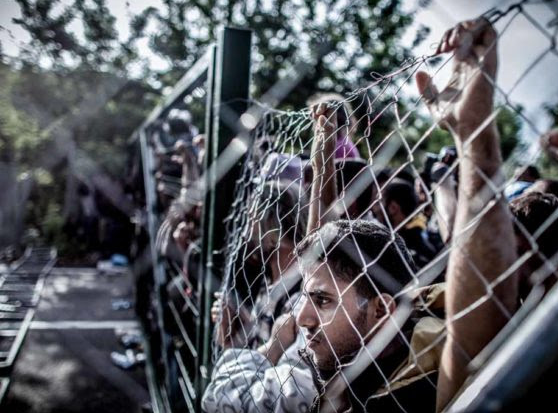 Since mid-September, thousands of Haitian migrants have been camping underneath a bridge in a Texas border town near Del Rio in attempts to seek refuge in the United States. Over 15,000 migrants were reported seeking refuge under the bridge. Happening on the other side of the border, US Border Patrol agents have been monitoring migrants to prevent them from crossing the Rio Grande River into Texas like many before did.

Haiti is a country in the Caribbean that has dealt with major political, economical, and humanitarian issues over the past couple of years. But their problems have only increased as of recently with the assassination of their president, Jovenel Moïse, and a deadly earthquake that killed hundreds and left thousands more displaced

The Biden Administration recognizes that conditions in Haiti are terrible. This past summer, they allowed temporary protection to thousands of Haitians who were already in the United States illegally, saying that they realize the “extraordinary and temporary conditions,” in Haiti, such as, “A deteriorating political crisis, violence, and staggering human rights abuses.” This statement was the reason for many Haitian migrants gathering at the border. “False information, misinformation, and misunderstanding might have created a false sense of hope,” said Guerline M. Jozef, the president of the Haitian Bridge Alliance, a non-profit organization that works with Haitian immigrants in California.

Many of the migrants arriving at the borders currently are getting deported back to Haiti. A large portion of these people haven’t been back in years and have been living in refugee camps in Central and South American countries.

Federal authorities have also since cleared the encampment underneath the bridge.

Secretary of Homeland Security, Alejandro Mayorkas reported that around 2,000 of the migrants in the encampment have been deported while another 8,000 willingly returned to Mexico. Twelve thousand migrants were allowed to enter the United States, where their pleas for asylum or other forms of authorization to remain in the country were assessed by US immigration judges. A further 5,000 migrants are being assessed for the same opportunity.

Impeachment Trial Opens in the Senate