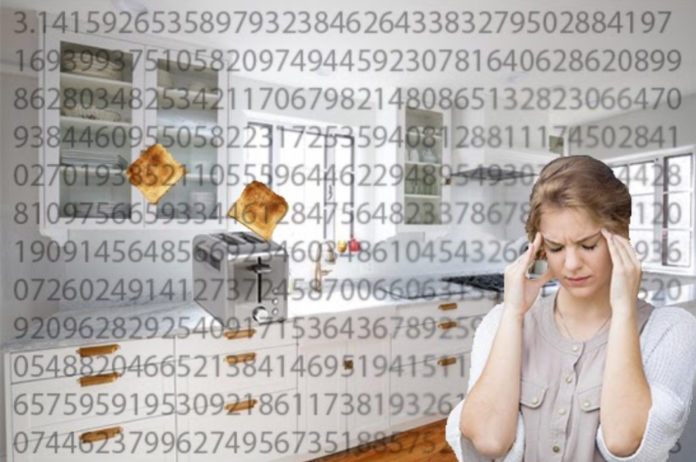 Since school closed, teachers have been caught posting assignments in the morning past the required nine o’clock posting time, at 9:01 or even 9:03. Students were beyond annoyed by this, especially after getting out of bed at seven o’clock and wanting to maintain an orderly schedule throughout their day. They wanted change and change they did get.

“My teachers are posting assignments late and it throws off my entire day. How am I supposed to set goals? I can’t make them specific, measurable, attainable, or SMART at all if I’m unable to see all the work I have to do at a reasonable hour,” sophomore, Kira Pawletko, informed us. “There are reasons for rules. If teachers aren’t going to follow them, why do I have to?”

Students made sure that their disapproval didn’t go unnoticed.

“Every morning I’ve been receiving tons of angry emails,” English teacher, Mrs. Eaton, told us. “Either in all caps, or worse, all lowercase with no spaces. It’s horrific. I thought that setting Classroom to post at 9:01 would give me a more laid back look, you know to be the cool teacher. But obviously it backfired on me. Apparently cool teachers post at 8:58 nowadays.”

However, within only a few days, teachers managed to come up with a solution to this problem. And, of course, they made sure that this solution would torment their students as much as possible.

Early Monday morning (3 AM to be exact) students’ phones across the DeWitt and Jamesville metropolitan area started blowing up with Google Classroom notifications.

“It really startled me. I was having this nightmare and then the dinging became a part of it and when I woke up the dinging was still going on and I could sense that the purple Jell-O was nearby and still coming after me!” one student said, wanting to remain anonymous as he/she believes that if his/her name is revealed the Jell-O will find him/her.

Not only were students forced to wake up at ungodly hours by their teachers, but the dinging of the notifications had worked its way into students’ minds and began to affect daily life.

“When I toast my bread and the toaster dings to tell me it’s done, my mind begins to swirl with Pythagorean Theorem, quadratic formula, and pi. All I can see are numbers and when I finally wake up, I find myself working on thirty math problems,” Algebra student Moebius Slate-Rutledge told us.

Many students have found themselves unable to cook anything as the beeping sends them into a paraphrasing trance.

“I was just trying to bake some chocolate chip cookies when my oven preheated and beeped and I lost control,” freshman, Hannah Fuchsberg, told us in a frenzy. “I began paraphrasing the recipe and only later did I find out that, due to my rephrasing, I had left out the sugar!”

Parents have even found their kids eating still-frozen breakfast burritos and cookie dough since they’re unable to use their ovens or microwaves due to the beeping.

But teachers didn’t stop with Google Classroom. At the same time, students began to realize that their teachers had started to set different expectations for Zoom meetings.

“Apparently we’re supposed to post assignments before nine, so it’s only reasonable to expect that students show up to our classes three hours before the stated meeting time,” said English teacher, Mr. Phillips. “As the saying goes, the early bird gets the credit.”

After dealing with these frightening after-effects, students were forced to come up with their own solutions. Most have either decided to become fully nocturnal or have learned to turn their phones off at night.

Josephine Dupuis - April 22, 2020 0
“I was just trying to bake some chocolate chip cookies when my oven preheated and beeped and I lost control,” freshman, Hannah Fuchsberg, told us in a frenzy. “I began paraphrasing the recipe and only later did I find out that, due to my rephrasing, I had left out the sugar!”