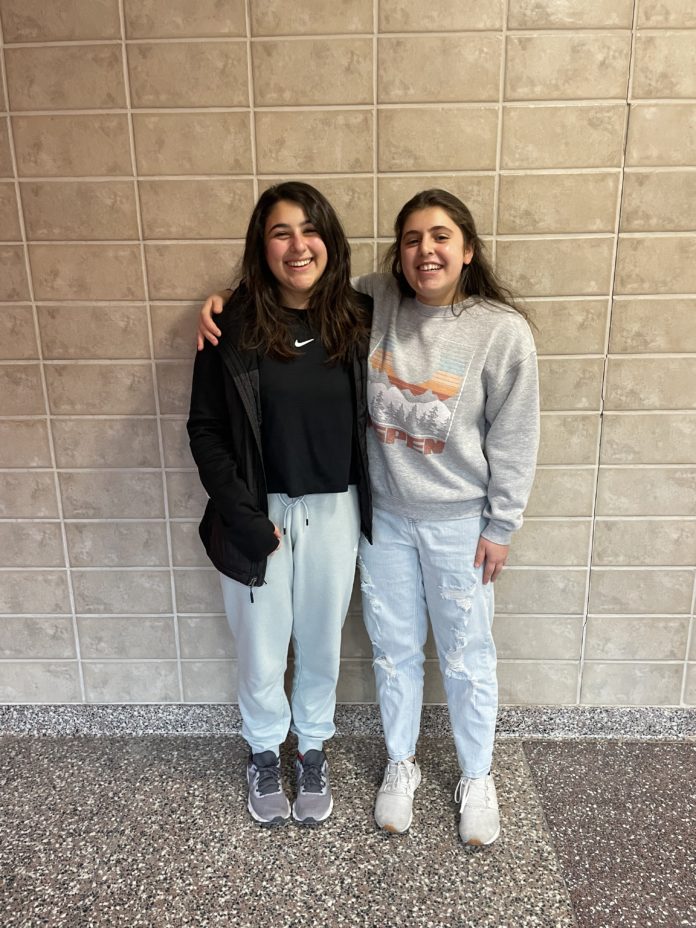 Junior Tara Pollock and Freshman Mona Farah represented the Red Rams at the State Qualifier as a doubles team this year during the tennis season. Both Farah and Pollock have been playing tennis most of their lives due to their love and motivation for the sport. Which paid off, helping them to make it to quarterfinals during State Qualifiers in October.

Pollock has been playing since she was five years old when her sister first introduced her to the sport. Both her sisters, Kyrin and Maya Pollock have played tennis as well. Pollock says that her motivation is, “I genuinely love the sport, I have met so many amazing people over the years that have shaped my life”. Having her sisters, coaches, and mom have always pushed her to play, encouraging her on and off the court.

Pollock puts a lot of time and dedication into her play, practicing five times a week outside of season and almost every day while in season. Although it seems like tennis makes up a lot of Pollock’s life, she is also really interested in film and cinema, and gemology.

Farah has been playing tennis since she was around four years old, inspired by her dad who supports her at every tournament, match, practice, and lesson, “I’m am so grateful for everything he’s done,” says Farah.

Not only has Farah’s dad played tennis for 40 years, but her mom has also always played, both her sisters played for two years, her brother for five, and herself for now 10 years. Farah explains that during the season she practices for about an hour and a half every day with one-two matches per week, and outside of season she put in about seven-nine hours a week.

It is no surprise that Pollock and Farah made it so far as a doubles team with their obvious dedication to the sport. Farah says, “I think Tara and I have a lot of dedication to tennis, and on top of that, we’re really good friends, which only adds to our success”.

Although tennis practicing for tennis is very individual outside of the season, the Farah and Pollock practice almost every day of the season together with a lot more doubles matches.

The Boys Varsity Swim Team Dives Into A New Season

Boys Soccer Kicks it up a Notch