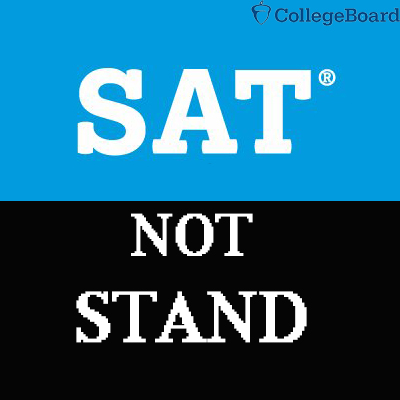 JUNE 5, J-DHS — Students piled into the building early Saturday morning for the final administration of the SAT before the end of the school year. All was well until a student taking the exam in the library needed to stretch their legs—after all, it is a three-hour test. After the writing and language section (also known as the grammar section), tragedy struck. The student supposedly quietly pushed out their chair and did the unthinkable: stood up and stretched. The proctor was then forced to report the student to the College Board and dismissed them from the rest of the exam.

We at Yampage can understand the student feeling as though they’re being treated unfairly, but on the other hand, it’s literally in the name. It’s called the SAT, not the STAND, so this one’s kinda on them.

In an interview with the student, they said, “I don’t understand why that would cancel my score. I didn’t cheat. I didn’t open another window on my computer. I didn’t talk with other people. It’s just so unfair.”

This student was later trending on Twitter last night with #Free [name redacted for privacy]. After the College Board got a whiff of this, they tweeted, “Under section 37B of the contract signed by him, it states quite clearly that all offers shall become null and void as—and you can read it for yourself in this photostatic copy—‘I, the undersigned, shall forfeit all rights, privileges, and licenses herein and herein contained,’ et cetera, et cetera…You lose! Good day, sir!” It seems as though they quoted Willy Wonka, but by all the terms and conditions students were forced to scroll through before starting the exam, we chose not to question it.

This story is developing further as more details are uncovered.