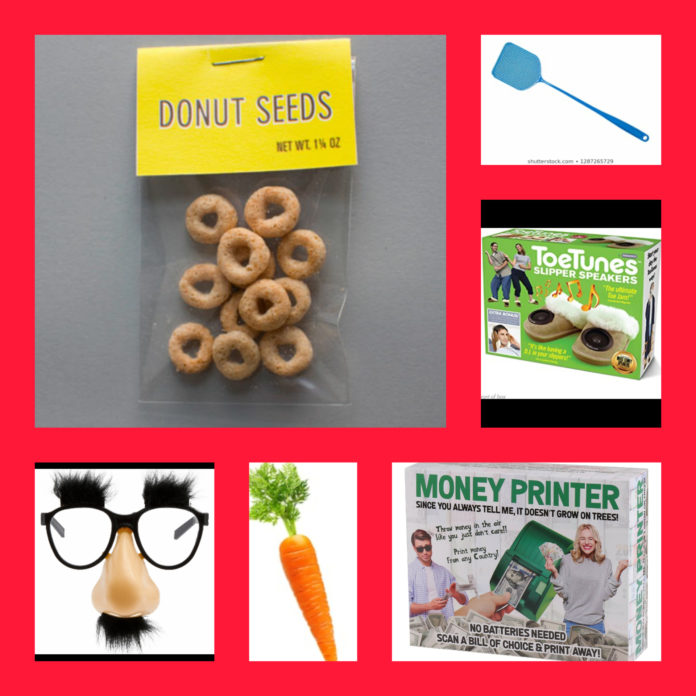 It’s official! The Holiday Season is upon us. Many claim that the winter holidays are a special time to delight in the company of our dearest friends and family, but don’t be fooled! This season is about one thing and one thing only: THE GIFTS, of course! J-D was really in for a treat this week when Santa Claus himself chose to visit the school in order to get information about the most coveted wishlist items of 2020. On December 1, Santa (who, according to many sources, looked a little too suspiciously like Mr. Gasparini in a faux beard) was spotted infiltrating classes to get the inside scoop on what our students and teachers most desire. The results may surprise you.

Santa’s first stop was room G01, the health room. Mrs. Moore, wearing a red and green argyle sweater with the words “Kindness is always in season,” was the first to see him. After praising her for her wonderful holiday cheer, Santa asked for her wish, to which Moore eagerly replied “Toe Tunes!” When further inquired on this peculiar request, she explained that Toe Tunes were a pair of cozy slippers that harbored a surprise–they had built in speakers! “How useful!” she exclaimed. “I’d never have to use headphones again. I could play my jams right through my shoes! I could even wear them to school on Pajama Day.” Visions of playing “Happy” by Pharrell Williams at full volume at 3 AM on a school night danced through the teacher’s head. Her students, however, had zany ideas of their own. Anka Chiorini (‘23) requested something equally practical from Mr. Claus. “This year, while pondering asking for things like gaming consoles, makeup products, and phone accessories like I usually see on Christmas and Chanukah lists, I had a revelation. None of that stuff will help me in the future! Which is why I asked Santa for a flyswatter. Think of the uses! I can use it as a badminton racket, a bubble wand, and, most importantly, when someone’s bugging me, I can just swat them with that thing, and they’ll leave me alone forever!”

Next, Santa stopped by the library where Lizzie and Sarah Van Buren (‘22) were studying up on their North Pole history. Both sisters were eager to inform Mr. Claus of their own unique requests. Sarah told Santa that her life’s dream would finally be able to be fulfilled in the New Year: “I’ve always wanted to grow a doughnut tree! And what better way to do that then with some doughnut seeds? For years, my parents told me that I was too young to be able to care for and maintain my own garden, but now that I’m sixteen, I feel I’m finally ready for this tremendous responsibility.” Although the seeds in her screenshotted image resembled Cheerios, Sarah told that they were obviously two different substances because she “just knew that Doughnut Seeds were the real deal.” Lizzie had her own heart’s desire. “I know just the thing to ask for! I’ve been thinking about this since last Christmas, and I’ve finally come up with the best idea EVER! A Money Printer! Just imagine all the money I could make for FREE! I’ll be RICH! I could save Santa all the trouble of catering to my 25-page wishlist and just buy my OWN presents! I am officially a genius,” Lizzie remarked with a sly smile.

Santa’s final stop of the day was the teachers’ lounge, where Mr. Adler and Mrs. Eaton were taking their midday break in between classes. Adler, licking the Rotisserie Chicken-flavoured candy cane that Santa had given him earlier, explained that his greatest wish this holiday season was “one of those glasses and mustache disguise kits.” Adler hinted at his elaborate plan to prank his Earth Science classes. “They’ll never know it’s me,” he said, refusing to reveal any more details about his project, whispering that his students might be listening in on our interview, out to “thwart his mission.” Eaton asked for something even stranger than all the rest: a carrot. When asked what she would use the vegetable for, she explained, “Well, actually, I was just hungry. This is my lunch break.”

Santa, on his last straw after hearing of all the aforementioned requests, decided that it might just be better to skip this holiday season altogether, opting to spend it instead on a peaceful, remote island in the Bahamas with his wife, leaving parents everywhere to fend for themselves.

Digby Thanoscar - June 9, 2022 0
Have you ever been conflicted on which elective to take? Fear not, for below is a BuzzFeed quiz on whether or not you should take AP European History!