RamPage
Home YamPage Student Who Got a PS5 for Christmas Targeted by Both Students and... 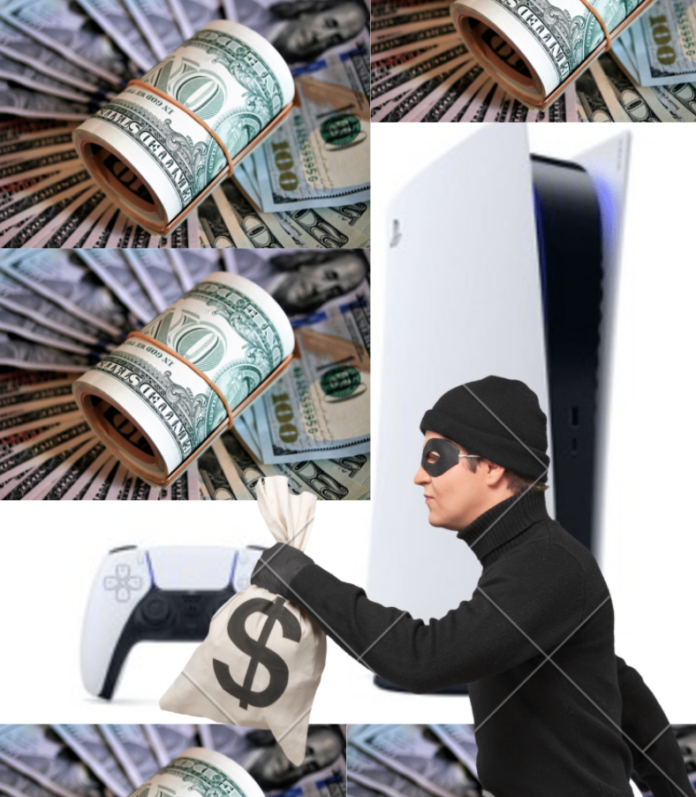 J-D students came back to school on Jan. 3 thinking it would just be another normal day, or as normal as the first day back from break can be. But little did they know, a secret group of students and staff had banded together to find any student who had gotten a PS5 for Christmas. They knew, of course, that a person with such a prized possession would never tell anyone outright (just in case of those trying to steal it), so the group even had designated jobs to try and find suspects. One teacher read through papers and homework, analyzing the handwriting to find any trace of gripping a new controller for a long period of time, while another bribed students with extra credit if they told them their suspicions of who had one. Students in the secret spy group began “accidentally” walking into the wrong classrooms to overhear others’ conversations, and even attempted to use the vent tunnels to catch whispers.

Eventually, a student was caught from a private Snapchat story where they alluded to playing “Demon’s Souls,” a game only available on the PS5. The group cornered the classmate to interrogate him on how he was able to gain such a coveted item, and after several hours of intense questioning (some up for moral debate), the student confessed his rich grandparents had imported it directly from the Playstation Headquarters. The students became furious. But that’s not even how elaborate this scheme goes. While this interrogation was happening, another student had broken into the suspect’s house to find the gaming system, and discovered it was nowhere to be found. From an anonymous source, we have concluded that when the student found out about the group’s search, he had purposefully outed himself and then hid the system in a still undisclosed location to rid of the problem. The group was devastated upon hearing this. For revenge, the students leaked to others who the owner of the PS5 was. Students became livid that someone who they deemed undeserving got such a sought after item while they got white socks, striped socks, polka dot socks, tube socks, and maybe a skateboard thrown in there if they were lucky. The student body ostracized the owner and began calling him “Richy Rich Richington” and spread rumors he was using $100 bills as toilet paper. Soon after, a class war between students broke out.

While teachers find a way to deal with this problem, we must ask ourselves the question: but why? I’m still not sure myself, even with my exceptional journalism skills. Interviews with the original team of spies reveal most of them were just a little bored and deprived of a lot of social interaction due to the prolonged pandemic. Most experts we spoke to also agree this probably has nothing to do with the majority of social issues nor does it need analysis or a lot of attention. But we here at YamPage always believe that whatever people tell us to do, we do the opposite, and whatever people can prove as fact, we won’t believe, just because it’s way more fun that way. Tune in next week for a serious deconstruction of Taco Tuesday and the impacts it has on students’ brain chemicals (spoiler: it is slowly killing you).

Aveline Chocolat - January 10, 2020 0
“We realized we needed to give the students a way to relieve themselves during school hours,” Mr. Nylen stated in an interview, “We think we’ve come up with the perfect solution.”

Freshmen and Sophomores in the Musical Take Action to Relate to...