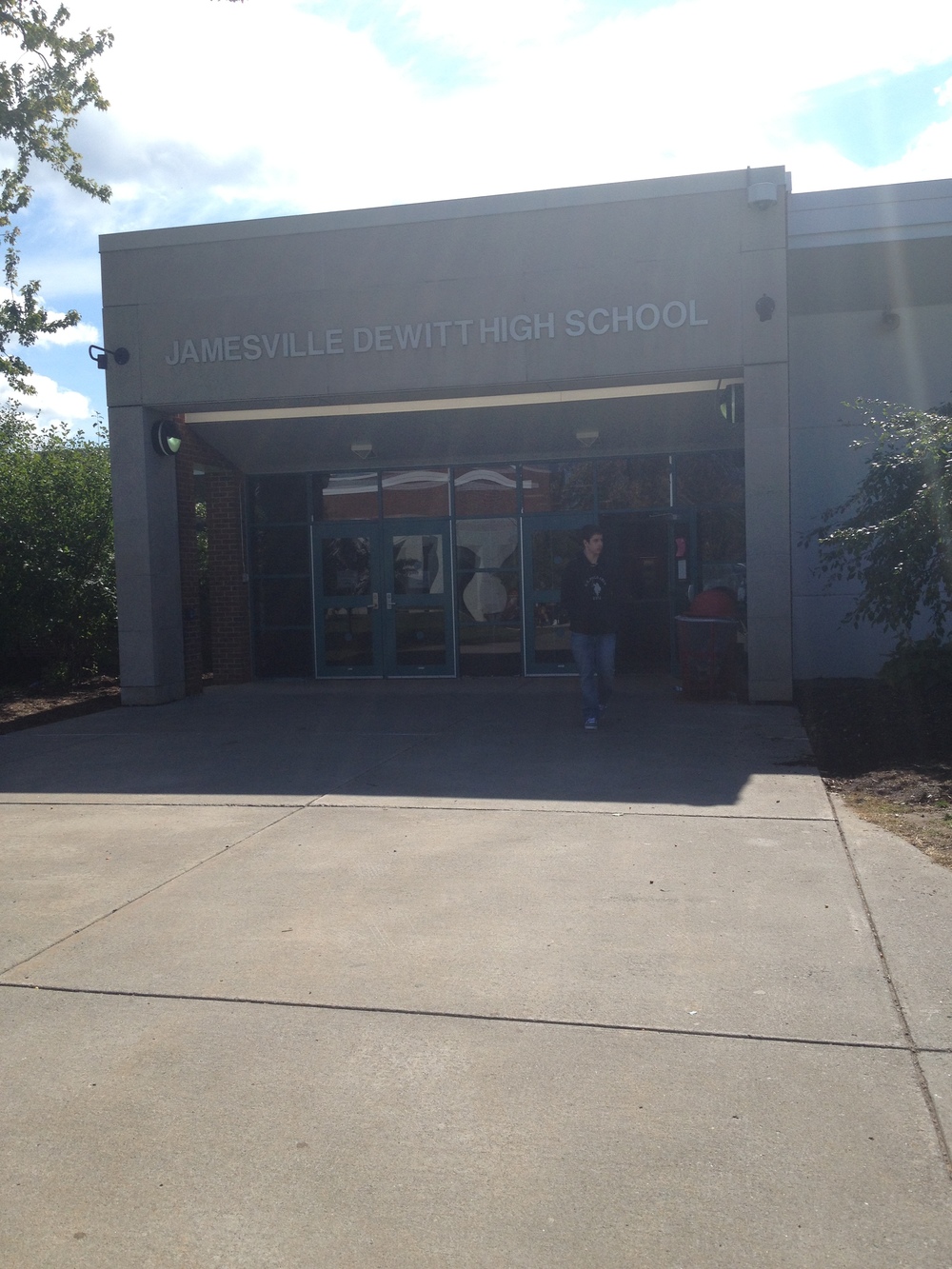 While students were relaxing and putting school far out of their minds this summer, the faculty at Jamesville-DeWitt High School was busy planning for the new year, and preparing many changes. These changes, such as a new gradebook site and different logons for the server and the e-mail, will significantly effect the population at J-DHS.  As always, Principal Paul Gasparini has been here to help lead J-DHS through these changes.

“The biggest change for the faculty is the new student management system, which is called SchoolTool,” said Mr. Gasparini. In the past four years, students and staff have had to learn to operate three different management systems. Last year was the second year that J-DHS used the SIS Gradebook, and the school administrators decided that SchoolTool would be an improvement for this year. One of the main reasons for this switch was that many other schools in Central New York were switching to SchoolTool as well.

SchoolTool serves as a place where transcripts, schedules, grades, attendance and many other records can be included, making it simpler for students, parents, teachers, and counselors to access multiple sources of information. Before SchoolTool, all of this information was spread out over several different electronic management programs.

The new gradebook was only introduced to the teachers the day before school started, however, so students and parents will not be able to access it until after Open House, and the Columbus Day weekend. The administration hopes it will go live to students and parents on Oct. 14. Even though many students find it inconvenient to be unable to access their grades for the first month of school, it gives the faculty and administration time to get used to the system before really putting it into place.

Students may have also noticed that there are new logons to get onto the school server and the school e-mail. “We put the two digit grad year in front of everyone’s e-mail and logon because grades K-5 already had that and we wanted to make it uniform throughout the district,” said District Computer Technician Kelly Nye. This switch will also prevent confusion in cases such as the classes of 2014 and 2024 being in the district at the same time. Instead of students having just a four in front of their logon, they would have a 14 or a 24, making the username more specific. Also, according to Ms. Nye, this change will make the logon to the server, the e-mail, and the log on for SchoolTool the same for everyone.

The potential of a turf field being added to the J-DHS grounds has long been a popular topic of conversation around the community. Despite raising a large amount of money in a short period of time, the Jamesville-DeWitt Community Grounds for Action Coalition did not reach their goal. However, the J-D School District Board of Education accepted the monetary gift from the JDCGAC and it is now up to the voters in the community to decide the fate of this plan.

The vote will take place on Tuesday, Oct. 28. “The community wants to support having state of the art equipment, fields, and facilities for our students. I support that 100 percent. I’m excited about the possibility of a new turf field coming in and so hopefully it happens quickly,” said Mr. Gasparini. For those who want to learn more about the exact specifications for the turf field plan, there is a publilc hearing Monday, Sept. 22, at 7 p.m. in the large goup room. If the community votes for the plan to happen, construction of the new facilities will start in the spring of 2015 and hopefully be ready for the fall of 2015.

Aside from the transition to SchoolTool, Mr. Gasparini says that he is always trying to find ways to “spruce up the school,” and improve our resources. For example, there will be 10 new smartboards installed this year. “In the technology world you can get obsolete quickly,” he added, and this is something he would very much like to avoid.

As far as new classes, this year marked the return of the Advanced Placement Biology and Chemistry courses, but now they are offered to students as a second year course. Keith Comfort, who teaches AP Biology and Theresa Groman, who teaches AP Chemistry, worked hard to develop the programs for this year. In previous years, students were able to take AP Biology and AP Chemistry as one year classes in those subjects. Now these programs require students to have completed either the Regents or honors form of the course prior to entering the AP version. “It will be exciting to see how the kids do, so I think that is the biggest (change in classes) for us,” said Mr. Gasparini about the new classes being offered.

New faces emerge at the beginning of every school year, whether it is the freshmen roaming the halls or the new teachers brought in. This year, along with the brand new teachers joining J-DHS, there are some familiar faces that moved up from the J-D Middle School. Spanish teacher Michael O’Brien taught at J-DMS, but is now apart of the language department here at the high school. Coincidentally, Mr. Gasparini hired Mr. O’Brien for his first job in the Tully School District when the two of them both worked there 14 years ago. “It’s nice to see him back up here, he’s a wonderful guy,” said Mr. Gasparini.

Also moving up from J-DMS are math teacher Andrea Ninestein and social studies teacher Lauren Patton. Both have been great additions to the teaching staff, according to Mr. Gasparini, and he is excited to see what they have in store. Along with the other former J-DMS teachers, English teacher Kristin Hardy was brought up this year. Serving as a long term sub at the middle school last year, Ms. Hardy has become a permanent member of the teaching staff at J-DHS. Ms. Hardy will be teaching Corporate Communications, English 11 Regents, and English 10 Regents, along with being yearbook adviser.

A brand new face for many at J-DHS, science teacher Colleen LaTray has returned to teaching after taking a few years off to have children. Since science teacher Amy Quinn retired last year and Mrs. LaTray’s children are older now, Mrs. LaTray took the opportunity to re-join the J-D community. “Mrs. LaTray is filling in very nicely for (Mrs. Quinn),” said Mr. Gasparini.

Mr. Gasparini, as always, has high hopes for this school year. “Academics are primary but the heft of the school is reflected in extra curriculuar participation,” said Mr. Gasparini. He feels as though it is very important for the students to stay involved because it influences how people view our community. Mr. Gasparini tries to promote involvement and support the students by going to as many games and meets as he can. “I really think continuing to grow student activities and encouraging eveyone to be involved in clubs and activities, even in a small way, is very important,” said Mr. Gasparini.

Gettin’ Down on Pi Day