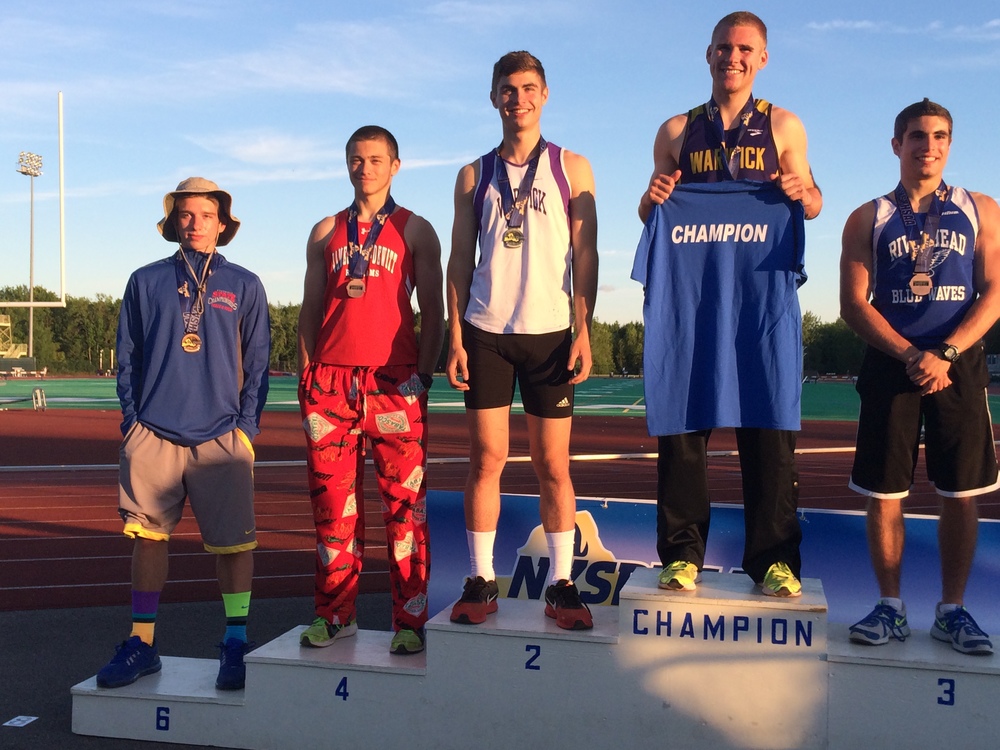 A total of five sectional titles won by Jamesville-DeWitt High School’s athletic teams have been a great way to wrap up the spring sports season of 2014. Varsity Boys Lacrosse, Varsity Baseball, Varsity Boys Tennis, and Varsity Girls and Boys Track are the teams who won these titles this season. Although some of the other spring sports teams did not perform as well as they had hoped in playoffs, all of the teams felt they had an overall successful season and experienced growth as a team.

In the past, the Varsity Boys Lacrosse team has been known for their success. Despite a what senior captain Griffin Johnson called a “questionable” start, the team has continued their legacy and will play Yorktown High School in the state championship on Saturday June 7. The team knew they had a lot of work to do in the beginning of the season but they have improved dramatically since then, says Johnson. A loss to East Syracuse-Minoa in the second official game of the season was disappointing, but the team did not let that loss define their season. “I think towards the end of the year we started playing as well as we could so I think we are peaking at the right time,” said senior Brad Carr. The team had only two regular season losses. They avenged their first loss by beating ESM twice later in the season, once in the regular season and for a second time in the sectional championship game. “We came together after a couple of tough losses and fixed up our defense and started moving the ball on offense,” said junior captain Ryan Durkin about the team’s success towards the end of the year. Because of this success, they are just one game away from reaching their ultimate goal of winning a state championship.

For the first time in 11 years, the J-DHS Varsity Baseball team won the section three title in a blowout over CBA. This was one of the team’s major goals, and they are now on the road to accomplishing their second goal of bringing home a state title. Junior Brady Wing adds that in addition to their playoff success, one of the team’s major accomplishments was having a regular season record of 16-3, the second best they have ever had. According to senior captain Chris McGee, part of their success was due to the fact that a lot of starting seniors who have a lot of experience were returning players this year. However, the season was not one without disappointments. “We had a few bad games, like ESM and New Hartford where we beat ourselves but other than that we had a strong season,” said senior captain Jimmy Sinopoli. These losses only fueled the team’s competitive spirit and led them on their journey in the playoffs. “We have to keep our enthusiasm going and play every game like its our last,” said Wing. The baseball team will Averill Park on  Friday June 6 at Onondaga Community College in the first game of Regionals.

The Varsity Softball team, for the first time in eight years, finished off their season undefeated in the league. Although the girls did not reach their goal of winning sectionals as a “three peat”, they still believe their season to be successful. Losing in the sectional championship was tough on the team, however, senior Maggie Austin looked at it in a positive perspective. “We bonded as a team and I think in that way we reached our goal,” said Austin. “Our goal is always to provide a positive and fun atmosphere where the girls learn to believe in themselves while teaching the game,” said Head Coach Philip DeAugustine.  According to the coach, winning titles is an outcome of this process. Despite not winning another sectional championship, the team’s 15-4 record is an impressive one. “We were successful because we trusted each other both on and off the field,” added Austin. The team is excited for another chance at a championship next year.

Although the Varsity Girls Lacrosse team did not advance as far in playoffs as they had hoped, they were able to “meet some benchmark intermediate goals,” said Head Coach Phil Luckette. Despite being a very young team, with only two seniors, the girls pulled off an overall winning record of 10-8, and a league record of 9-4. “At the start, the weather was a challenge, but once we got out on our field, we were able to do some catching up,” said Mr. Luckette. “We started off with a few tough losses but started playing better at the end,” junior Caroline Kopp added. Similar to the boys team, the girls lost to ESM the first time they met this season. However, they too went on to defeat ESM once during the regular season and another time in sectional quarterfinals. For many of the girls, these wins over ESM were the highlights of the season. Unfortunately, the season ended for the girls with a loss to Christian Brothers Academy in the sectional semifinals. “I think we worked as a team really well this year,” said junior Marissa Wilcox. Wilcox added that she believes the team improved a lot this year compared to last year, but they still have a lot of room to grow.

Boys and Girls Track and Field

Both boys and girls Varsity Track Team ended their season on a high note. Both teams won the section 3 championship and the boys team had an undefeated season. The dedication the boys team had during practices contributed to their overall success. “We practiced hard and communicated well,” said sophomore Connor Evans. The bonds that were created with the girls team also led them to a successful season. “We came together as a team in the end and thats what helped us win,” says senior Lauren Morelli. Since the start of the season, both teams had the goal to win sectionals. “We reached our goal and are really happy about it,” said Evans.

Flipping and Sprinting Their Way Through Winter Sports

“Put Your Phone Away!”