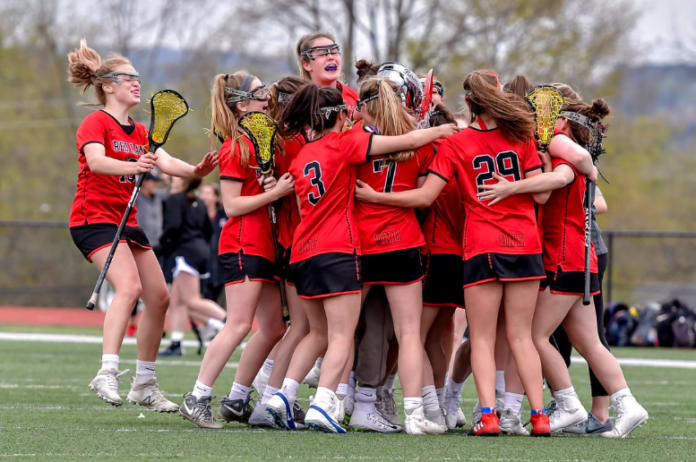 The girls lacrosse team has had a very outstanding season having gone undefeated in their league 14-0 and in non-league competition they were 14-1. The girls went on to win a sectional title. The girls lost only one game during the regular season to West Genesee High School after going into overtime.The girls unfortunately lost in the state semifinals to John Jay High School.

Boys Lacrosse had another very impressive season and record. They went undefeated in their league 12-0. They only lost one game to Fairport High School during the season making them 21-1 overall. The boys unfortunately lost in the state finals to Shoreham Wading River High School.

Boys Tennis continued the streak and added another sectional title. The boys went undefeated in their league making them 10-0. In non-league play they unfortunately lost one match to Ithaca. They had a very strong showing throughout the season and most of their matches resulted in a blowout win for the Red Rams.

Softball had a very good showing for J-DHS. They earned yet another sectional championship and went undefeated in their league 10-0. They only lost one game in non-league competition to Baldwinsville making them 19-1. The girls unfortunately lost in the Regional finals.

Girls Golf went 10-0 in their league and 13-1 overall. They were league champions, SCAC Empire and SCSC Empire tournament champions. The girls had a very strong season but, unfortunately didn’t win sectionals.

The spring sports continued the winning culture that J-DHS is known for. This year all the sports teams had very strong showings and proved to be a powerhouse in Section 3. All of the teams did great throughout this 2018-2019 school year. Hopefully this will continue on into next year.

Girls Softball Team Reflects on the Season That Never Happened