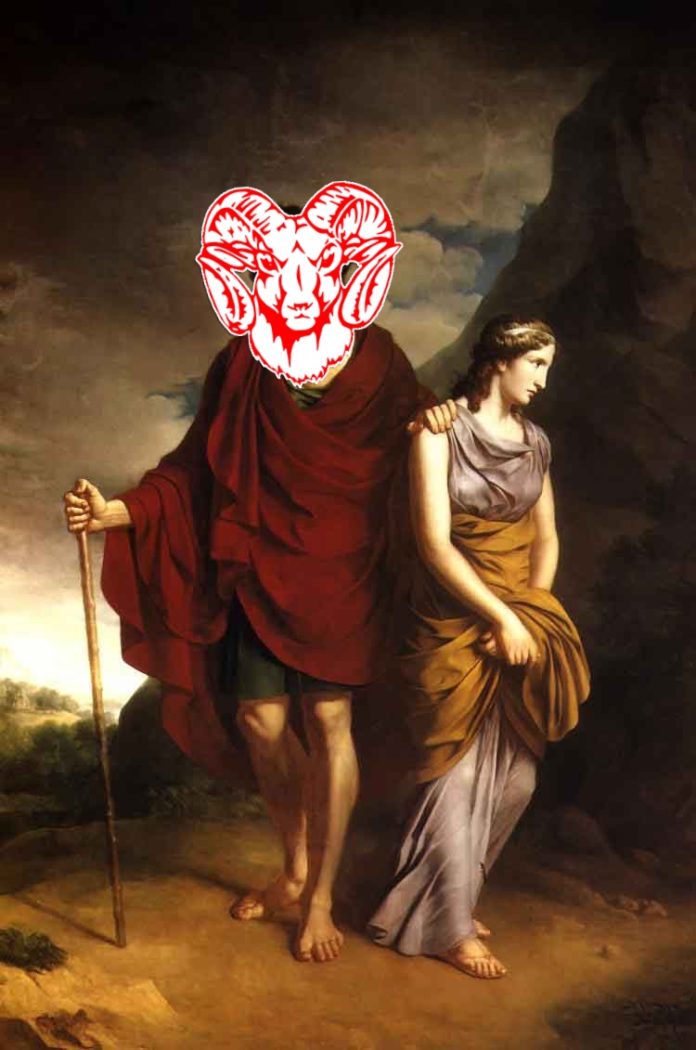 In Sophocles’ Oedipus Rex, Thebes is suffering from a plague caused by the murder of King Laios. While reading the play, sophomore Honors English students came to a realization: King Laios’ death has not yet been avenged and that’s the cause of COVID-19. Completely unaware of the fact that King Laios’ death is thoroughly avenged at the end of play (they’ve only read the first two scenes), the sophomores have begun a search for Laios’ murderer.

“It’s so obvious that Laios’ murderer is still at large!” tenth grader Adrianne Weldum told Yampage. “The god commands us to expel from the land of Thebes an old defilement we are sheltering, and that’s exactly what I’m going to do!”

“If any man knows by whose hand Laios, son of Labdakos, met his death, I direct that man to tell me everything, no matter what he fears for having so long withheld it,” sophomore Madie Phillips wrote in a schoolwide email blast, completely ignoring the fact that every upperclassmen who took Honors English knows exactly who killed King Laios.

While the rest of the sophomore class continued to investigate the murder, one student has a very different idea.

English teachers have begun to worry.

“Maybe I shouldn’t have included Oedipus Rex in the curriculum with all that’s going on in the world right now. Or maybe I’m just a really great teacher for connecting my curriculum to current events. Who can say? I’m just glad my students are engaging with the material,” English 10 Honors teacher Mr. Dechick reported.

While we can all agree that the sophomores really need to finish the play, we can’t deny that they are engaging with the material. That’s great and all, but, just a suggestion, you might want to stay home from school when they read Macbeth…

In other news, the freshman class just finished reading Twelve Angry Men and was collectively underwhelmed.

Digby Thanoscar - June 9, 2021 0
JUNE 5, J-DHS -- Students piled into the building early Saturday morning for the final administration of the SAT before the end of the...