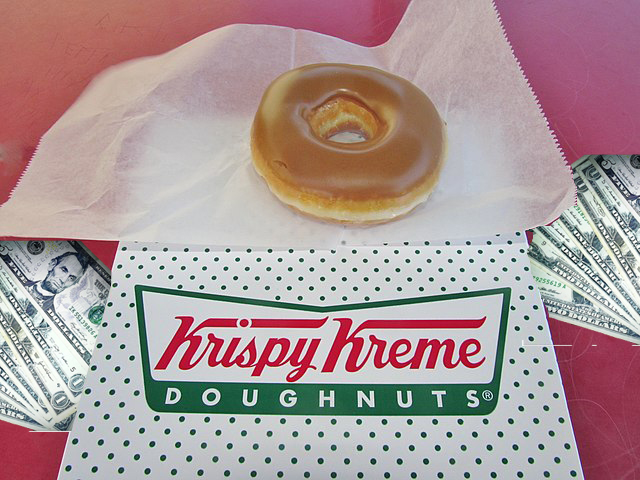 This week, the sophomore class was selling Krispy Kreme doughnuts in school as part of a “fundraiser.” While many people saw this as an innocent way for the class to make money, we at Yampage were a bit more skeptical.

If you were to go into a Krispy Kreme, you would be able to buy a dozen glazed doughnuts for $8 plus applicable tax. Where things get sketchy is when we learn how much the sophomore class is selling their doughnuts for. Spoiler alert: they are selling them for the same amount of money: $8. There is no way for them to make a profit by selling the doughnuts at the same price at which they bought them unless something is going on behind the scenes.

The echo chamber of corporate America strikes once again, this time in public schools. The only thing that could make even the smallest amount of sense is some sort of trust or document between the sophomore class officers and the higher-ups at Krispy Kreme. When asked about this, one of the officers said, “What? No. Just look on the website. They have a special program for fundraising.” The same story came from all officers; we are impressed with their communication. Not one story veered off from the others, making it even more obvious that something was up.

We could not get a hold of the sophomore class officers’ official tax reports or any documents depicting any type of payment information, therefore our claims lay unfounded.

This story is still developing as more details emerge.