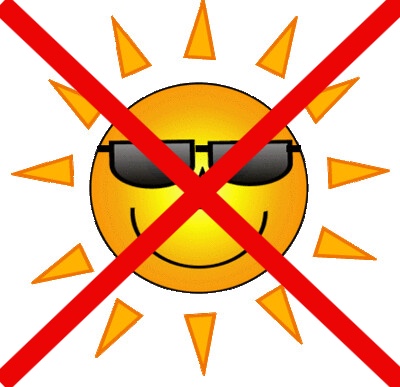 Spring has sprung in Central New York and with it comes the return of the sun, flowers, and guys wearing shorts to school even though it’s not even 60 degrees outside. Ahh, spring. However, one J-D student has declared the recent warm weather to be “fake news.”

“This whole ‘spring’ malarkey is just propaganda made up by my political opponents,” said sophomore class co-president Mikey Meskos at a press conference. “It snowed within the last month and now you’re telling me it’s ‘spring?’ Poppycock!”

In addition to this outrageous statement, Meskos has also vetoed the decorating of J-DHS hallways and classrooms with paper flowers and other spring themed decor, claiming that it “perpetuates the myth of ‘spring.’”

“I was so excited to hang up my spring decorations!” one teacher told Yampage. “I had this super cool one, it’s a poster of a sun wearing sunglasses! Get it? Get it?!” Our interview ended as the aforementioned teacher began laughing hysterically at the thought of the sun wearing sunglasses.

“It seems to me that Meskos’ views toward spring stem from his complete lack of understanding of climate change. Or weather. Or seasons in general. Did this guy not take Earth Science?” Environmental Club co-president Emily Ninestein pondered.

“He’s uninformed,” said J-D sophomore and Meskos’ most prominent dissenter Sabina Hege. “Which is why you should have voted for Sabina Hege in the sophomore class election.”

In other news, Co-president Meskos has fired the outside investigator hired to look into his ties with F-M.