RamPage
Home Lifestyle So Fetch! A Zoom with the Plastics 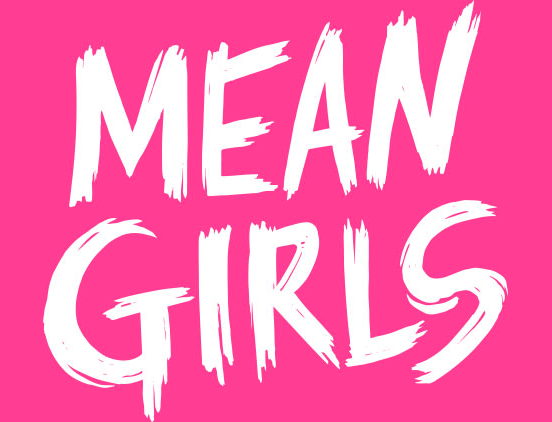 Picture this. You’re scrolling through your Instagram feed as usual and you see that one of your favorite Broadway stars has posted a link to a Zoom meeting featuring them and their co-stars in a one-hour private call. You are thinking that it seems too good to be true, so you click on the link and see that it’s only a small fee of $35. You know you can’t miss this opportunity. Well, that’s exactly what happened to me when I knew I could never pass up the chance to do a Zoom with the girls of Mean Girls on Broadway.

In response to the COVID-19 pandemic, companies are modifying the way they run their businesses. A foundation called Broadway Evolved is known for hosting musical theatre intensives and masterclasses with Broadway actors and actresses. Although they can no longer do these face-to-face, the company came up with the idea to do virtual meet and greets. Broadway Evolved was co-founded by Betsy Wolfe and Cynthia Rose who are passionate about giving the gift of the arts to young students. They are both based in New York City and possess the perfect combination of artistry, skills and experience to teach their craft to young audiences.

When I first saw the opportunity to do a zoom with Erika Henningsen (Cady Heron), Renee Rapp (Regina George), Krystina Alabado (Gretchen Weiners), and Kate Rockwell (Karen Smith) from the Broadway hit musical Mean Girls, I knew that I couldn’t pass it up. Having seen the show on their national tour back in September of 2019, I fell in love with the storyline and the amazing songs that came in the musical adaptation of the 2004 film. The musical is about a teenage girl (Cady Heron) who enrolls in North Shore High after living in Africa for most of her life. She tries to find her way through high school battling love, friendship, and most importantly, The Plastics. They are the popular clique made up of Regina, Gretchen, and Karen who will do anything to make you know that you can’t sit with them.

So how did it all work? I paid $35 to receive a Zoom code that would be activated at 8:00 pm on April 30th. When the date finally came, I didn’t know what to expect because it seemed too good to be true to meet Broadway Icons from the comfort of my own home. When I logged on, it took about 10 minutes to get connected and there were about 250 fans on the call. We were all muted throughout the whole thing to avoid inappropriate remarks and so that the guests would be respected. We were also able to only have our cameras on for the beginning and the end of the call to wave hello and goodbye which is totally understandable.

The girls were all very welcoming and it felt just like we were in on their everyday FaceTime call. Since we couldn’t speak out loud, people had to communicate using the chat box which was annoying sometimes because with so many people trying to get their questions answered, the chat box was exploding with questions and comments. It also made the connection a little bit more laggy since my computer was trying to deliver all the messages from everyone on the call. The women talked about what their everyday schedule was like while being on Broadway and how they are all one big family behind the curtain and even some secrets of the show. I learned a lot from it, and although it was supposed to end at 9:00, they stayed around until 9:30 since the time was going by fast. It is something that I would recommend to anyone who loves Broadway as much as I do, and there are also other stars that you can buy Zooms with through the Broadway Evolved website.

Seeing these amazing actresses through my computer screen is a memory that I never forget. It is the perfect thing to do to lift your spirits during times of uncertainty, and I wouldn’t have had this opportunity if the world was in a different state. It is a great learning experience and it is fun to hear them talk about things that don’t come across onstage.

How to Connect with Your Neighbors By: Tracey Edson