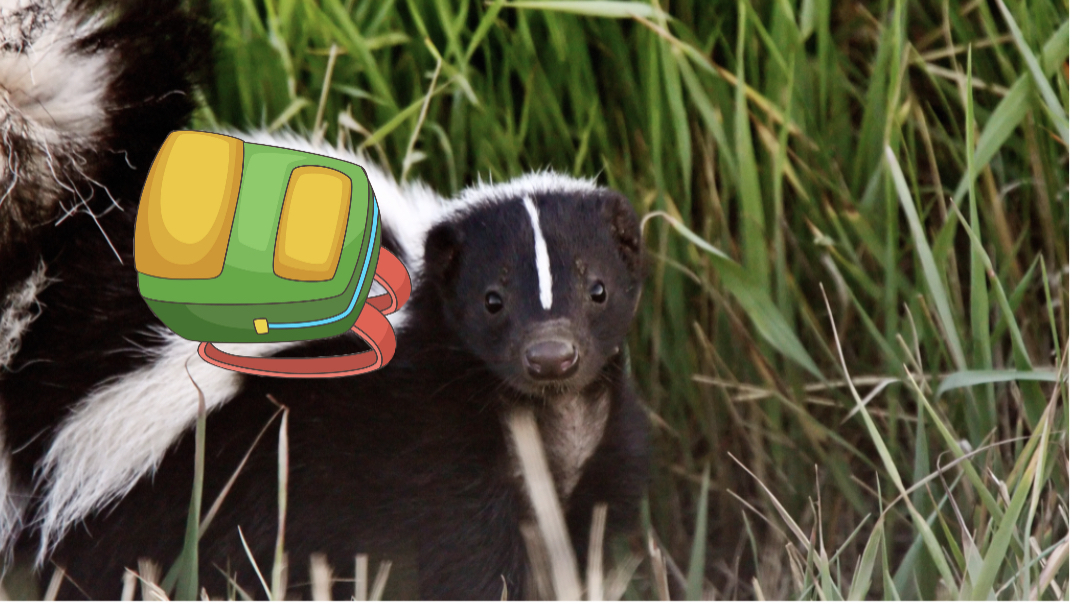 Recently, students at Jamesville-DeWitt High School have reported a skunk-like smell in the hallways. Administrators thought this idea was absurd and attributed the smell to high schoolers forgetting to write “use deodorant” in their planners. So YamPage decided to investigate.

We started our investigation by asking the school’s SRO for access to the many cameras around the school. However, our request was denied. We had to resort to the next best source, Instagram, which was a great success. After looking through the hashtag “Skunks in School” (#SkunksinSchool), we were shocked. While sorting through the videos we not only learned that J-D has skunks, but 37 other schools across the country have this issue as well. Though we can’t prove the skunk revolution, we can prove how the school singlehandedly covered up the smelly issue.

One video shows a furry black and white rodent falling from a hole in the ceiling of the Green Hall and right into a student’s arms. What gave the rodent away was its defense mechanism: its projectile spray. It is unclear what happened to the student as they haven’t been seen in school since the incident. The only eyewitness to the situation was one Green Hall English teacher who was distracted doing some type of improv demonstration, and is therefore unreliable. It is still unclear who recorded and uploaded the now-viral video, but rumor has it that it was a Blue Hall construction worker.

However, YamPage investigators didn’t stop there. They went to the root of the problem: the ceilings. And you’ll never guess what they found. Actually, it’s the whole point of the article, so I’m sure you can. Skunks. Investigators found a family of rabid skunks and one opossum for some reason living in the ceilings of the school.

Not only were the mammals living in the ceiling, they’re living in the walls as well. This discovery wasn’t a mistake. Well, technically it was since the only reason it was discovered was because someone on our investigative team fell through the ceiling and got stuck in the wall with another family of skunks. And while we did rescue the fallen reporter, we were unable to remove the skunks due to the terrible odor they released.

For now, the school’s plan is to continue letting the skunks utilize the school building walls and ceilings for warmth because they feel bad kicking them out in the midst of winter. We can only hope that the smell will diminish and no more students will be victims of the ceiling skunks.

Digby Thanoscar - December 10, 2021 0
First you take our Wednesdays away, then you take away our natural, God-given right to wear socks with whatever footwear we want?