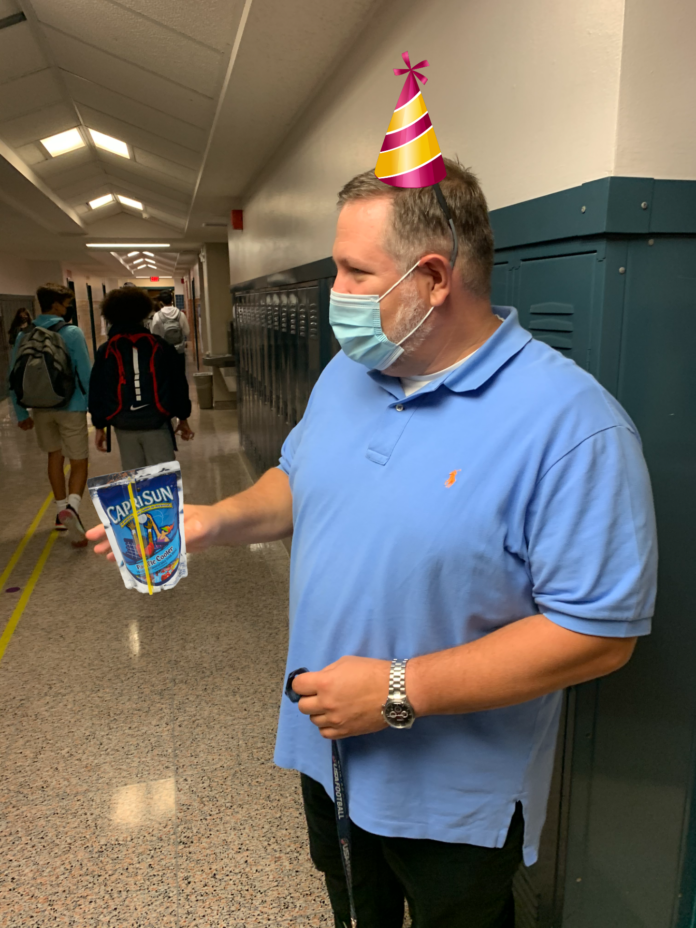 Due to unusually complicated scheduling this year, the administration added two days at the beginning of the school year for “freshman orientation,” to which only incoming freshmen were invited. They believed that these exclusive days would provide an opportunity for the newcomers to get acclimated to the high school, and expected the upperclassmen to appreciate the extra days off. The widespread response to this move, however, has been outrage.

“Can someone please explain to me why we are ‘helping’ the freshmen?? I thought the whole idea was for them to be scared and confused… smh #ThisIsNotMyJD #RespectTraditions,” read a tweet shared by senior Tyler Aitken last week.

Similar concerns are being voiced by many upperclassmen, who are disgusted by the special treatment that the incoming class received. “When I was a freshman, they just threw me in there like a goat to a ball pit!” exclaimed senior Lily Kramer. “I pretended to be Serena Patel in homeroom for the first two weeks, and I never even found the main gym until the third marking period,” she reflected.

Many are complaining that the orientation has caused a disruption in the social structure at JD: “The freshmen are supposed to be bottom-feeders: they’re supposed to get lost on their way to class so we can laugh at them and trample them in the hallways. This orientation has changed the entire atmosphere. Who are we supposed to bully? Truly a shame,” expressed a disgruntled senior Mena Coles-Carruthers.

Some even believe that the orientation days have given the freshmen unwarranted feelings of superiority. “They had run of the school for two days, and now they act like they own the place!” reported an infuriated Grace Digiovanni, a J-D senior. Indeed, freshmen have been spotted calling teachers by their first names and carrying around lanyards. “We’d better put a stop to this now, or soon they’ll be sitting in the front row of the student section,” warned Digiovanni with a shudder.

Rumors have also been flying about what actually happened during these so-called “orientation days.” According to some reports, a huge party was thrown for the freshmen, complete with Oreo cookies on napkins and Pacific Cooler CapriSuns. The supposed party even included a heated game of charades, hosted by Mr. Keenan and Mrs. Raicht, and a live performance of “My House” by Flo Rida given by Mr. Gasparini himself.

“It’s true! My friend found streamers in the red hall bathroom, and Mr. Ormond forgot to take off his party hat! I swear I saw him wearing it when I walked into class on Monday,” reported one student. The streamers could be explained, but the party hat is simply a dead giveaway.

Indeed, we’ll never know for sure what went down at the mysterious freshmen orientation days, but upperclassmen retaliation continues. Some are filing complaints with administration, while others are taking matters into their own hands, reasserting their dominance over the freshmen. They’ve taken to wearing stilts in the hallways to enhance their “towering-over” abilities and letting as many as 17 lanyards hang from their pocket at once. These methods seem to be working, but as one senior said, “We won’t stop until these 9th grade punks learn their place.”

Digby Thanoscar - December 10, 2021 0
First you take our Wednesdays away, then you take away our natural, God-given right to wear socks with whatever footwear we want?