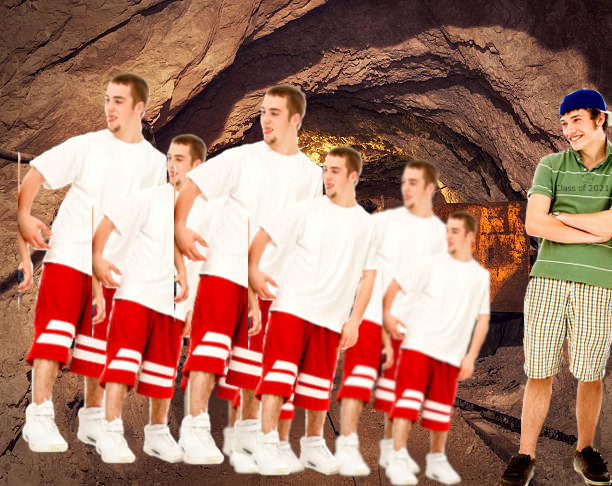 Recently a senior, who wished to remain anonymous, discovered a gold mine underneath the foundation of J-DHS. Needing employees, he used the classic strategy of asking as many underclassmen as he could if they wanted to make a “quick buck” by working for him for just a couple of days. No one could turn him down because, yes, it isn’t super ethical, but it sure does beat working at Applebees on the weekends. Unfortunately, almost every single one ended up working there full time because, and I quote, “He said he doesn’t have the money right now, but who knows, right? Maybe I’ll get all that money I earned after all.” Of course, none of them ever did end up getting paid.

This swiftly brings me to my next point: is it really ok to pay people in what is essentially just Monopoly money? During a short interview with the owner, he stated, “I don’t know, man. I make a good bit of money off of the mine, so I don’t see any problem with it.” As with any opinion, there are, of course, those who disagree. I got a quote from some random student at a different high school all the way in California by the name of Carter Smith, who said, “At first I was extremely taken aback because this seems extremely unethical, but hey, what do I know, I’m just a teenager?”

At the moment, there’s no real estimate as to just how much the mine owner is making, but what is known is that he is making a lot of profit off of this little scheme. Now, there is something else you might be thinking: What is the school doing about this? Well, dear readers, we do have an answer. For the time being, they’re counting it as an elective class for both the students working and for the current mine’s owner. Other than these few things, not much is known about how the mine operates as the press is not allowed inside. This is all we have on this story for now.