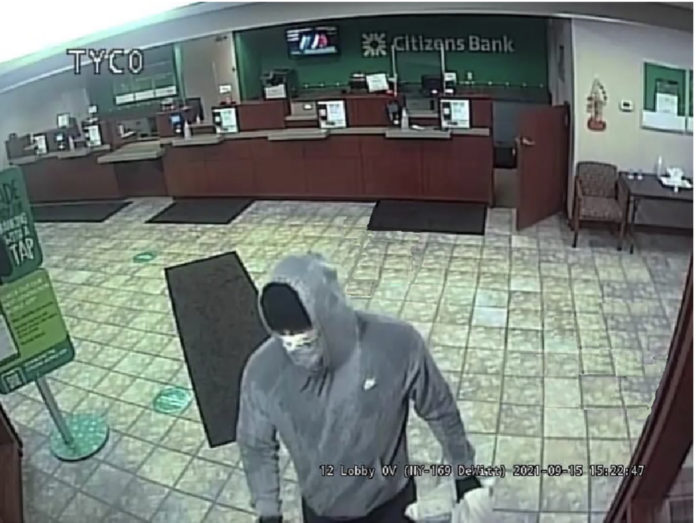 On Wednesday, September 15th approximately 3:30 p.m. police responded to a 911 caller stating they had seen a masked man fleeing the Citizens Bank in DeWitt at 6770 East Genesee St. with a handgun and a handful of cash.

The man was photographed wearing a grey hooded sweatshirt, black pants, a face covering and a winter hat while carrying a silver handgun. Sources say the suspect walked into the bank, flashed the handgun gun at the employees and stole multiple stacks of cash. Nobody was injured.

No members on the Citizens Bank board responded when they were asked for a comment.

DeWitt police spokesman, Lt. Jerry Pace said in a news release they will not be releasing any more information until the suspect has been caught and in police custody.

This is a developing story and will be updated when more information is obtained.

NYS Legalizes Recreational Marijuana: Here’s What You Need to Know