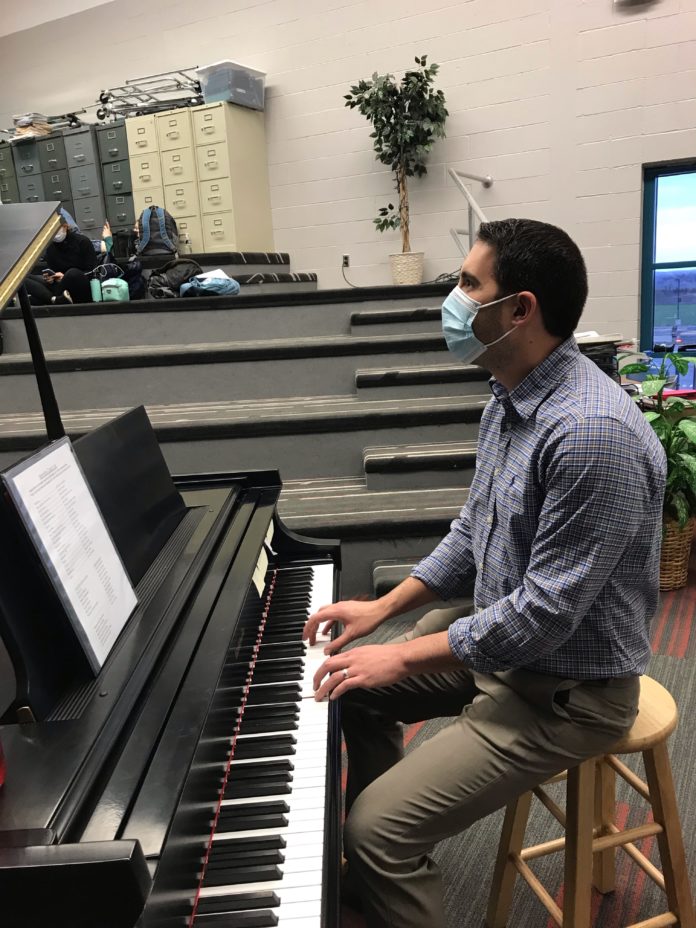 When talking to lead guitarist Mr. Berger, he told us, “It all started in Mr. Sul’s basement. We were all chilling, watching our favorite cartoons, and Mr. Klemperer suggested starting a band. We practiced on school nights because we are bad boys! Mr. Sul’s wife would kick us out after nine, though.”

Yampage also had the opportunity to speak to Mr. Brodsky, the band’s bassist. When asked about his musical inspiration, Brodsky cited the Queen. We then asked if he meant Queen, and he replied, “No, the Queen of England.”

Yampage also sat down with lead vocalist, Mr. Klemperer, to ask about what techniques he uses to warm up his voice before a performance. “I tend to sing all the numbers of pi, I’ve almost reached the end.” When we asked Klemperer how this could be possible, as pi is a never ending number, he responded by saying he is a math teacher and knows what he is doing.

Finally, Yampage spoke to Mr. Sul, the drummer, about when their next performance will be. Mr Sul said, “We are playing at the semi formal on November 20th, it’s gonna be rad! We’ll be distributing RedRams Sabbath headbands and showing up in a sporty McLaren.”

Well, my dear readers, there you have it! Don’t forget to bring earplugs on November 20th and to congratulate these dynamite teachers on their amazing achievement. RedRams Sabbath will, without a doubt, go down in history.

Aveline Chocolat - September 25, 2020 0
“The loss of TikTok will leave a giant music note shaped hole in the hearts of the JD community,” Mr. Gasparini told the entire school over the loudspeakers.