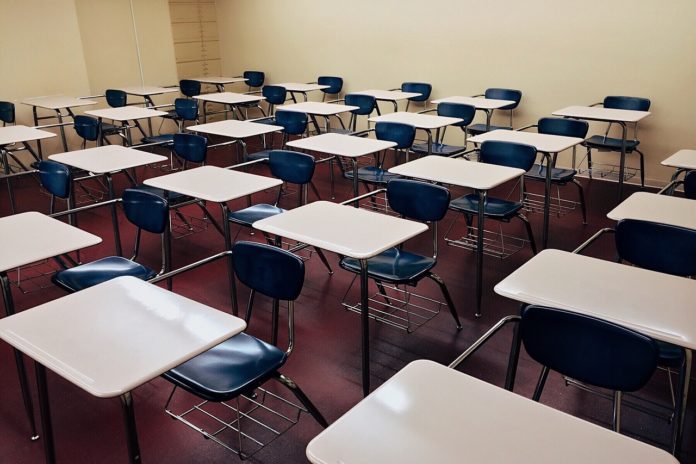 Racial inequality has characterized American existence since slaves first stepped onto American soil, held captive by people who claimed ownership of them. America is a nation founded by people who thought humans of different origins could be subjugated to the demands of other white men. Although we have made strides towards promoting equality among all people, racism still is ingrained in the soil on which we live. In the same nation that developed the concept of personal liberty and emphasized the need for scholarship, we fail to recognize the structural inequality of the races. In this regard, education in the United States is flawed.

Education is a tool that all Americans, regardless of race, supposedly have at their disposal. It has the potential to allow humans to develop their curiosities, and more importantly how to use their voice. Education is sometimes considered as a mechanism to advance out of a life in poverty or low socioeconomic status. However, the inequities in education in the contemporary era actually further cyclic inequality between people of different races and socioeconomic classes. As Americans, we are constantly correcting past wrongs, therefore racial equality in education should become a distinct priority in the American agenda as education can foster character and career development for all Americans.

The multi-faceted nature of racial inequity in schools stems from the institutionalized racism already prevalent in American society. Issues such as housing discrimination or socioeconomic inequality resulting in concentrated minority areas throughout the nation contribute to racial disparities in the American school system, since schools with larger portions of minority students often have less funding and fewer opportunities to afford students.  Education policy is hard to design in such a deeply developed country. But, as a nation who prides itself on education, we should ensure education for all, not for some.

In a nation with admirable racial and cultural diversity and a commitment to equality for all, education seems like an important concept for American people to consider. In a nation diversifying rapidly, racial inequity in education would produce a system that underserves a majority of its population. The achievement gaps between the races will prove especially problematic. Although many societal factors contribute to differences in minority achievement, such as lower wealth, lower health, lower parental education levels, more dealings with the justice system and other circumstances, the school system has still proven discriminatory against people of diverse backgrounds. More than 60 years after Brown v. Board of Education, school systems are still separate and still unequal. Racial inequality in education denies minority students opportunities to grow and flourish into adulthood.

Students of color are often less likely to graduate on time, or graduate at all. When all grade levels are combined, black students are almost three times more likely to be held back as their white peers, according to U.S. News and World Report. Furthermore, 16 percent of black students drop out compared with 8 percent of white students, resulting in fewer eligible for college enrollment. Standardized tests also represent differences in academic success. On the SAT, African-American students had a mean score of 428 for critical reading and 428 for math, in comparison to the mean scores for white students of 527 for critical reading and 536 for math. As cited by Judge Greg Mathis in his piece “Racial Inequality in Schools”, a Civil Rights Data Collection survey found that schools that offered advanced education programs had only 26 percent of African-American and Latino students enrolled, despite African-American and Latino populations of 40 percent. Differences in educational experience at the primary and secondary level foreshadow differences in minority versus white college degree attainment. 49 percent of white students ultimately graduate from college, compared to only 29 percent of black students.

Although the racial inequality of American society is harder to consider, the differences in the demography of American schools are a possible explanation for differences in educational achievement. The diversity of both the student body and staff within a school create different atmospheres for minority students. The underrepresentation of minorities in the leadership of a school has adverse effects on the minority student body, resulting in lower academic achievement and more behavioral issues. Also, the diversity of the student body can provide unique perspectives and enrich the lives of all students. Minorities are burdened by tacit stereotypes and racialized perceptions of criminality, affecting their relationships with faculty as well.

Teacher bias is a large factor in the educational achievements of minority versus white students. Teacher expectations are especially critical. Expectations for black versus white students foreshadow actual outcomes. According to an article published by Education Next, on average, teachers expect 58 percent of white high school students to obtain a four-year college degree or beyond, but anticipate the same for only 37 percent of black students. College completion rates for both white students and black students are also higher for students whose teachers had higher expectations for them, further representing their importance. In terms of closing the achievement gap, teacher biases and expectations should be discussed and researched to ensure equality within schools, despite the societal factors.

Solutions and responses to racial inequity in American education are hard to consider and difficult to develop, as racism is so deeply ingrained into culture and society. Historical implications result in complex structural problems in the modern day, many of which educational policies cannot fully solve. Education issues are multifaceted and complex, but there is much evidence that supports different ideas and concepts.

Dr. George Theoharis is a Professor of Educational Leadership and Inclusive Elementary and Early Childhood Education in the Teaching and Leadership Department at Syracuse University. Dr. Theoharis studied the categorization of issues within racial inequity in education, citing the problems as being resource issues, bias issues, and structural issues.

Societally, Dr. Theoharis discussed the societal concerns that in turn affect the American educational system. “During the late 1960s to 1980s, the US did the most desegregation. The racial achievement gap started to close rapidly, but in the late 80s when we gave up forcing integration, we see the achievement gap widen,” he said as he explained that northern schools failed to desegregate during these initiatives because the north wasn’t targeted and therefore has more institutionalized structural racism. “Racially and economically integrated schools work better for everybody,” he added.

Dr. Theoharis spoke to the importance of a diverse faculty. He sees the lack of diversity in students who seek to become teachers. He said, “Teachers are 80 percent white, and this is reflected across the country.” Minority students often cannot see themselves as teachers. If students cannot see themselves in their mentors, it discourages the notion to look up to them in such a way. Dr. Theoharis emphasized the fact that having teachers of color in schools results in a positive impact on the school as a whole. However, even if a teacher is racially diverse, they can still hold the same racist views as those of their white contemporaries.

Education on interpersonal relationships and innate biases has a great impact on the success of minority students, and the success of a school as a whole. Teacher expectations of students have direct correlation to students’ educational achievement. Dr. Theoharis explained the misuse of resources in schools that serve majority minority populations.

“These schools spend a lot of resources on remediation instead of advancement. It traps kids who are gifted, and the structure leads to different expectations,” he said. Dr. Theoharis suggests putting students into more advanced coursework, even if they aren’t truly ready. He says, “Giving more kids acceleration and advanced has a positive impact on student achievement because it makes them think. Students are more likely to do poorly in a lower level class because they see it as stupid.”

With this in mind, Dr. Theoharis suggests using resources to nurture kids.  Teachers should be taught to expect the same of all students, to believe in their capabilities, and help them through difficult work.

Perhaps most importantly, teachers need to be taught to consider their own racial biases. Dr. Theoharis explained that at SU, “We work on the emotional side of it…We need skills to structure things, but need an emotional side where we work on our own affect, being the biases and assumptions we hold.” Teachers often ignore their own racist, sexist, or abilist ideas, and this ignorance causes problems of inequity. Considering teachers’ personal bias is imperative to the success of schools.

Educational equality and equal opportunity are emerging as the most critical civil rights issues of our time. In a nation growing in diversity, equality in education is imperative to American cultural and economic success. The inequities in education in the contemporary era further cyclic inequality between people of different races and socioeconomic classes. In the future, the United States should see the achievement gap between minority and white students decrease as policy makers continue to challenge and encourage all students to achieve high academic success, no matter the circumstance.

The Democrats Need To Pass The 1.5 Trillion Dollar Infrastructure Bill

J-DHS Should Have An Elective Based Around The Stock Market

J-D Should Keep the SRO Position