RamPage
Home YamPage Prom: The Most Important Event of Your Life 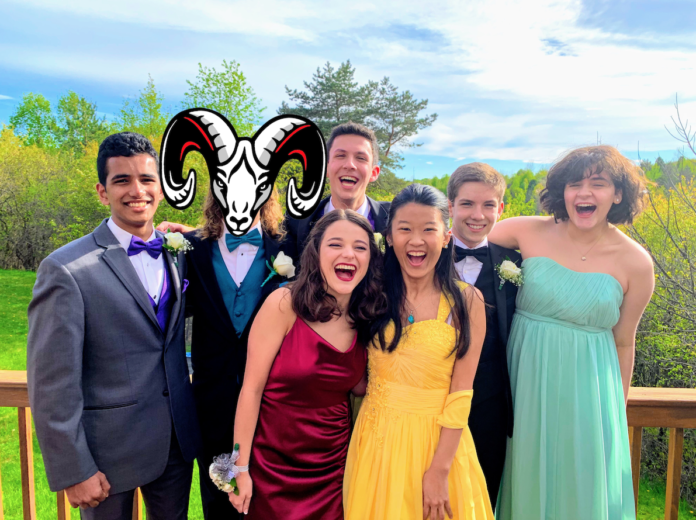 The junior class is abuzz as prom season rolls around. Students of the junior body have been waiting a whole 16 to 17 years for the four life-changing hours that are prom.

‘There’s this girl that I like… I want to marry her. I really think she’s the one. After prom, we plan to elope to the Turning Stone and then live out our days in a house with a white picket fence,” stated junior Andrej Dovčiak dreamily, his eyes glazing over with what one could call ‘love’.

So far, there have been only a few promposals made by the angsty junior class. According to Mary Panek, one of JDHS’s most feared librarians, prom season really “gets her goat” as many students have made promposals in the library, disrupting the room’s zen-like silence that Panek slaved over to create. Our interview with Ms. Panek was cut short as she was busy printing out hundreds of late book notices.

Although many juniors have their dates lined up for prom, not everyone is sure to whom they will pop the question or if they will be able to gather courage to do so.

“Prom is a life-binding contract between two students. It’s not something that can be taken lightly,” stated a visibly stressed Evelyn Tao. This was all Tao had to offer in terms of an interview before kicking us out of the practice room where she was practicing a piano concerto with her eyes blindfolded and her hands behind her back.

However, not everyone plans to bring a date to prom. Junior Tyler Aitken stated in an interview that he was “only attending [prom] to take photos in front of the string lights that are surely going to be hung up in the gym.”

As the prom draws ever closer, how many more will go down on one knee to ask the most important question of the decade: “will you go to prom with me?”

Johnny A. Mcfree - December 8, 2020 0
At the moment, there’s no real estimate as to just how much the mine owner is making, but what is known is that he is making a lot of profit off of this little scheme.