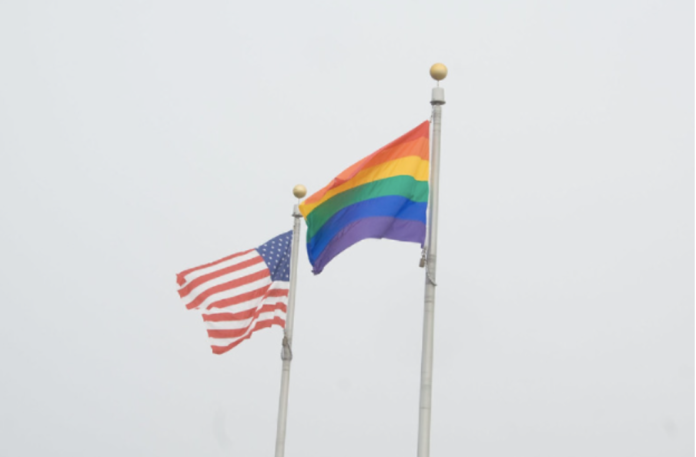 After only being in office for about five months, President Biden has already made huge steps toward equality in America for those part of the LQBTQ+ community.  Thus far, he has proposed new executive orders and reversed many made while President Trump was in office.  Still, the Biden-Harris Administration claims to have more in the works for the next three and a half years to protect those part of the LQBTQ+ community.

A few days ago the White House issued a proclamation that the month of June will now be National Pride Month.  This was seen as a huge step for America, as this is something that former President Trump had refused to do.  Biden said, “Now, therefore, I, Joseph R. Biden Jr., President of the United States of America, by virtue of the authority vested in me by the Constitution and the laws of the United States, do hereby proclaim June 2021 as Lesbian, Gay, Bisexual, Transgender, and Queer Pride Month.”

Starting back at the beginning on President Biden’s first day in office, he signed an executive order that started that all federal agencies that enforce federal laws prohibiting sex discrimination, must now also prohibit discrimination based on sexual orientation and gender identity.  This is for areas including but not limited to housing, employment, healthcare, credit, and education.  Each agency included in this order had 100 days to complete this order.  Another step towards workplace equality taken was a federal order that the government can no longer discriminate against gay and transgender employees.

However, this wasn’t all Biden did on his first day in office regarding the LGBTQ+ community. Biden reversed multiple federal acts previously put into place by former President Trump.  Biden reversed the transgender military ban, hospital refusal of care to gay people, and the ban on diversity training.  Now, hospitals can no longer refuse service to people based on their sexual orientation, and transgender people are allowed to be in the military once more.  Also, diversity training is now allowed once more in the workplace.

Biden signed a law stating that transgender students now have the right to use the bathroom and locker room of not their biological gender, but the one they now identify with, whether the student has fully transitioned or not.  This is a huge step, as schools across America have started making not only a girls’ and boys’ bathroom but an all-inclusive one as well.  Another thing signed for transgender students is allowing them to play on sports teams not based on biological gender, but rather what gender they’ve transitioned to.  In the creation of this act, Biden also withdrew a lawsuit made by the Trump Administration that kept transgender females from playing school sports.

Another act signed by Biden is titled, Advancing Racial Equality and Support for Underserved Communities Through the Federal Government (EO 13985).  The purpose of this is to rescind an anti-diversity executive order (EO) previously passed by the Trump Administration.  This act is under the category of mainly racial equality, but also stands for underserved communities such as LGBTQ+ people, people with disabilities, those living in rural areas, and people living in poverty.

More recently, the U.S. has expanded its Birthright Citizenship of Babies Born Abroad to Same-Sex Couples.  If a baby is born through surrogacy, in vitro fertilization, or other forms of reproductive technology, and one of the parents is a U.S. citizen, the child will be recognized as a U.S. citizen as well.  The State Department had previously been up in arms over this decision, but it was finalized on May 19th of this year.

While it may not have a direct impact, the president’s recognition of the LGBTQ+ community is a big step.  For example, he recognized the International Day Against Homophobia, Transphobia, and Biphobia.  He also recognized March 31st as “Transgender Day of Visibility, quoting, “Transgender rights are human rights–and I’m calling on every American to join me in uplifting the worth and dignity of transgender Americans.  Together, we can stamp out discrimination and deliver on our nation’s promise of freedom and equality for all.”  He also reversed former President Trump’s ban on flying the LGBTQ+ pride flag on/in U.S Embassies.  Not only this, but many were happy to see him recognizing people as part of the community.  An example is President Biden nominating Gina Ortiz Jones, who is openly gay, for undersecretary of the Air Force.  And that’s not all.  The Biden-Harris Administration announced its plans to nominate two LBGTQ+ officials within the Department of Defense.  These are historic nominations, as one of the nominees is a transgender woman, and the other is lesbian.  This comes after transgender woman Dr. Rachel Levin was confirmed as Assistant Secretary for Health at the Department of Health & Human Services, appointed under the Biden-Harris Administration.  Along with that, just a few months before the very first openly gay cabinet member, Pete Buttigieg was appointed as transportation secretary as confirmed by Senate.

Finally, the Equality Act was passed in Congress on May 1, 2021, which was a large part of Biden’s 2020 campaign for president.  The aspiration of this act amends the 1964 Civil Rights Act by protecting people from being discriminated against based on gender identity and sexual preference in employment, housing, and other services, along with access to public places such as restaurants.  While the act was held up in Congress, President Biden gave the statement, “The Equality Act provides long overdue federal civil rights protections for LGBTQ+ Americans, preventing discrimination in our housing, education, public services, and lending systems.  I urge Congress to swiftly pass this historic legislation.”

A statement made in President Biden’s commencement into office speech that showed his overwhelming support for equality in all was, “If you’re ever working with me and I hear you treat another colleague with disrespect, talk down to someone, I promise you, I will fire you on the spot.  On the spot.  No ‘ifs,’ ‘ands,’ or ‘buts.’  Everybody–everybody is entitled to be treated with decency and dignity that’s been missing in a big way the last four years.”  Many found this very bold for a president to say his first day in office, but others argue they’re happy to see their president standing up for human rights and making it a known priority.

Pfizer-BioNTech Vaccine Approved for Adolescents Aged 12 to 15 Based on...