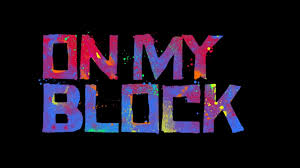 As the COVID-19 pandemic forced us all to stay locked inside, people gained a new found appreciation for television and movies. One of the most popular shows on Netflix during spring 2020 was “On My Block,” a funny twist on a classic story about a friend group going through high school in the inner city of Los Angeles. The fourth and final season came out on Netflix on October 4, 2021 and was filled with bittersweet moments surrounding the group’s high school graduation.

The show picks up right where the previous season ended and sets out to answer the questions left for viewers from the previous season’s cliffhanger. The first two episodes of the series were somewhat hard to get hooked on because the relationships between the characters were not as strong as seasons prior. The plot line took a little longer to pick up than expected which made it hard to keep interest. Although the season started slow, it picked up easily when Monse, the female lead, arrived back in California after transferring to boarding school. As a fan of the show since the beginning, it was heartwarming to see the characters reunite and tie up loose ends before graduating.

Each character came full circle in their development from the beginning to end and overcame challenges that were in their way. Monse blossomed into herself after having so much uncertainty presented to her throughout her life, becoming a mature and smart woman. The quirky and funny Jamaal grew a lot in order to figure out who he wanted to be and what his future was going to look like. He is an important character who always had his friends’ backs when they needed it most. Ruby was the glue that kept the group together when Monse was off at boarding school and it was rewarding to finally see him face his fears while still being the show’s sweetheart. The only character that didn’t have the same arc as the others was the outgoing and fearless Jasmine. Overall, her presence was somewhat unnecessary and became less important as the show progressed. However, she still brought fun energy to the show with her bubbly personality.

In conclusion, the fourth season of “On My Block” was filled with moments of joy, sadness, suspense, and everything in between. It wrapped up the series with minimal loose ends and left viewers feeling content with how the characters spent their last moments of high school.