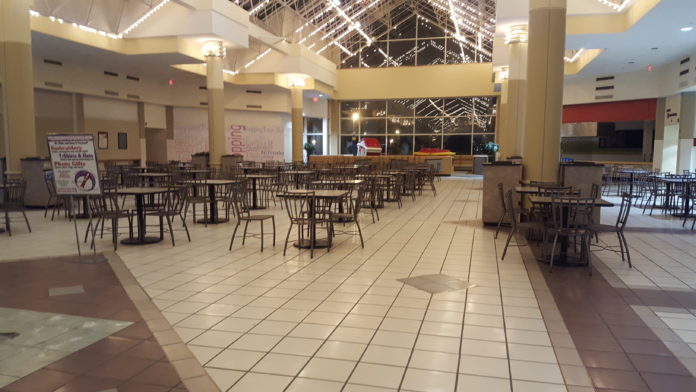 OHB Redevelopment, a joint venture of four companies, is set to purchase the empty Shoppingtown Mall site from Onondaga County for $8 million and invest $300 million in redeveloping the giant space. They want to create a space called District East, which will have five distinct but blended areas that feature housing, entertainment, restaurants, hospitality, retail and office space. The companies plan to serve multiple income brackets when the project is complete.

About 400 jobs will be added to the Syracuse area during construction and about 1,400 will be created at the facilities once the construction is finished. A construction start date has not been announced, but it will begin sometime in 2022. About 50% of the mall will be demolished during the process.

Several details about the planned end result have been announced. The development is set to include lots of green space for activities such as biking. Around 450 to 500 housing units are expected to be built. Scotch ‘N Sirloin, an out parcel of the former mall space, was also bought by OHB, who plans to continue operations of the restaurant. The former Sears and Macy’s stores were not part of the sale, as they are owned separately, but OHB is planning to try to buy them.

Shoppingtown was bought by the county in December for $3.5 million from Moonbeam Capital. The county also waived $13 million in back taxes and fees. The mall closed to the public in March 2020, and Moonbeam filed for bankruptcy in August 2020 to stop the county from seizing the mall due to unpaid taxes since 2015. As part of the settlement, the county will retain $6.9 million of the $8 million sale price, and Moonbeam will get $1.1 million. Moonbeam purchased the mall in 2013 for $14.2 million, but they recently alleged in bankruptcy court that the mall was overvalued at $36 million when they bought it.

According to District East’s website, “Redeveloping Shoppingtown Mall presents a generational opportunity to bring forward a brighter vision for Central New York’s future. As a local, Central New York based development team, the crux of each of our projects comes down to a simple question and challenge… is what we’re doing making our home – the place we raise our children – a better, more vibrant and just place? Our approach for District East matches that simple core belief, and in doing so creates an experiential hub of connectivity, creating a community – a district – that will hum with energy, excitement, and palpable beauty.”

District East did not respond to the RamPage’s request for a statement.

Onondaga County requested development proposals in January, and County Executive Ryan McMahon stated that they chose OHB because its four partners are local companies that have a history of successful developments. Many Central New Yorkers, devastated by the loss of their childhood hangout spot, may rest easy knowing Shoppingtown will be put to good use once again.

New York State Schools to Remain Closed for the Rest of...