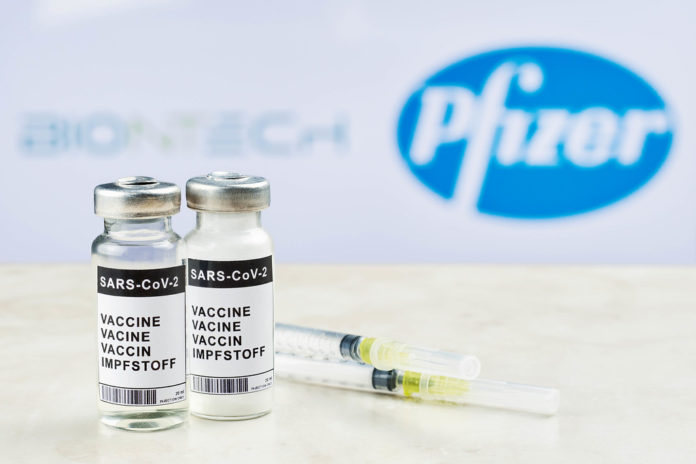 An advisory committee for the Centers for Disease Control and Prevention met shortly after the FDA announced their approval to review the data and give the final approval.  They endorsed the vaccine for the younger age group after data review.  This allowed for immunization appointments for adolescents ages 12 to 15 to begin being made.

Clinical trials that have been taking place over the last few months are what was able to approve children safely receiving vaccine doses.  Pfizer and BioNTech together enrolled 2,260 participants in the age group in a clinical trial where they either gave them two doses of the vaccine, or a placebo, three weeks apart.  Results yielded 18 cases of symptomatic virus infection in the placebo group, and none in the group of those that took the vaccine doses.  This indicated that it was highly effective for this age group in preventing symptomatic illness.

According to senior vice president at Pfizer and pediatrician Dr. Bill Gruber, this was expected and previously predicted.  He said “The trend toward more fevers at younger ages was consistent with observations in an earlier trial.”  Pfizer and BioNTech are still gathering information on potential asymptomatic infections in the participants.  Participants of the trial continue to get tested for COVID-19 every two weeks.  Along with this, they are also continuously being checked for antibodies produced in response to a natural infection.

The CDC’s vaccine advisory committee met on Wednesday May 12, to discuss trial results in younger adolescents.  It is expected they will discuss whether or not they need more trials, or if it is a good idea to recommend the vaccine to children under 12.  No word about this meeting has been released to the public as of May 13th.

Multiple companies with approved adult vaccines out right now are testing the vaccine for younger children.  Pfizer and BioNTech have begun testing the vaccine in children aged six months to 11 years.  Moderna has also been testing their form of the vaccine in 12 to 17 year-olds, and the results from this study are expected to be released in the next few weeks.  Findings from another trial of Moderna’s vaccine in children six months to 12 years old should be available in the second half of this year.  AstraZeneca is also currently testing its vaccine in children six months and older, but there is currently no word on when these results are expected.  Johnson & Johnson plans to wait for results from trials in participants older than 12 before testing its vaccine in younger children.  No results for any of the testing in children younger than 12 have been released to the public.  Assuming trial results are encouraging, all of the companies are expected to apply their trials to the FDA in September, just in time for the 2021-2022 school year to administer the vaccine to children ages two to 11.

To find somewhere to get vaccinated near you, click here.