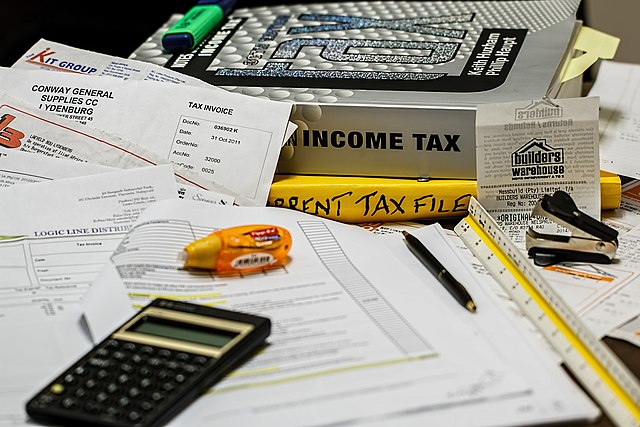 Teenagers are constantly encouraged to get a job and start to make money, but one of the most overlooked pieces of this is paying income taxes. If a dependent (anyone under the age of 18 in this case) makes over $6,350 a year, they need to prepare to file income taxes. Where this becomes an issue is when the dependents are under the age of 18. Instead of being able to take the full amount of money they earned and re-invest it into themselves and their hobbies, part of it goes to the government. From here, the government will spend the money however they deem necessary with those under 18 not being able to vote in their own representatives. The solution to this, however, is not to lower the voting age, but to eliminate all income tax for those under 18 altogether.

Everyone even surface-level deep into economics understands the theory of return on investment, or ROI. To put it very simply, everything takes money to start up; ROI is the net investment gain divided by how much was initially invested. This means that the bigger the number is, the better the investment is as a whole. Investment in oneself follows a similar concept. The more time and money invested in a hobby “divided” by the skills and happiness gained by the individual creates the ROI. The more money available to people allows a larger portion of expendable income which can, in turn, be reinvested. It is no secret that teenagers need money. They want to hang out with friends, go to movies, buy video games, and save money for higher education. How can they obtain this money without getting it from their parents? A job. However, the government feels a need to take income tax out of their yearly income if it is over $6,350. Money that could be used for the above purposes. Ask anyone successful in their current field today when they got interested in whatever they currently do. Famous baseball player, Derek Jeter, started playing baseball when he was five years old; famous chef, Bobby Flay, started cooking when he was 17 years old. If we allow teens to have more money to find and pursue their hobbies all while getting real-world experience in the workplace, we’re set up for a bright future as a society.

Some may be thinking about the amount of money the government would be losing out on if this demographic would not pay income taxes—and it’s a lot less than one would think. According to numbers reported by the Tax Foundation, those under 18 paid a total of one billion dollars in income taxes in 2009. This did not even contribute a single percent to overall income taxes collected that year.

Overall, there are no negatives to eliminating taxes on those under the age of 18. This is a sure way to get more young people into the workforce and create better-rounded and experienced individuals within our society. Furthermore, our founding fathers would be proud of us for living up to our revolutionary cry: “No taxation without representation.”

The Thing Women Want Most Is Equality

Public Editor: The State of the RamPage – February 2022