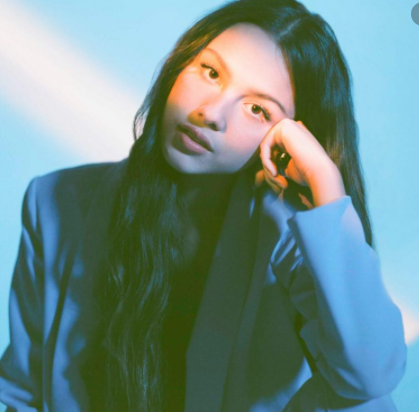 Olivia Rodrigo first came on to the acting scene on Disney Channel in 2016 with the show Bizzardvark, but she blew up the internet when booking the role of Nini in High School Musical: The Musical The Series in fall of 2019. Fans of the show fell in love with her acting and songwriting from the show featuring her songs “All I Want “ and “Just for a Moment” which she co-wrote with Joshua Bassett who plays Ricky on the show. Olivia has given fans snippets of songs here and there on her Instagram but she finally released her debut single on Friday, January 8th called “Drivers License”. A beautiful song about love and heartbreak that listeners have been going crazy over. Her song has been taking over Tik Tok and Apple Music charts and she has even passed Taylor Swift for the number one spot. This now puts her on a list of only 12 females to ever secure that spot including some of the biggest stars such as Billie Eilish, SZA, Cardi B, and Ariana Grande.

Olivia has always told the public that Taylor Swift is one of her biggest inspirations when it comes to songwriting and many think she has the potential to be nearly as big as Taylor Swift. The lyrics in “Drivers License” do not hold back and lots suspect the song is about co-star Joshua Bassett. The two got very close throughout the filming of HSMTMTS Season 1 and fans went crazy over their suspected relationship. However, they are no longer together and Joshua Bassett has been spotted many times with famous actress, Sabrina Carpenter. Olivia makes references to Sabrina in the song in lyrics like “you were probably with that blonde girl” and “she’s so much older than me” noting how Olivia is 17 and Sabrina is 21. Olivia Rodrigo also told news sources that Joshua Bassett taught her how to drive which makes fans believe that the song is about their relationship.

One thing that sets this song apart from songs heard on the radio today is the emotion behind every word. With lyrics like “you said forever now I drive alone past your street” and “I just can’t imagine how you could be so okay now that I’m gone” the song pulls on your heartstrings and makes you want to listen to it a million times over again. The song was also released with a music video that is perfect for the meaning of the song but also who Olivia is as a person. In the beginning it shows a girl getting through a breakup but by the end she is reflecting on how her life has changed and how much internal growth she has had. However fans became suspicious when Joshua Bassett announced that he would be releasing a song just a week later on January 14th. The promotional shots for his song looked very similar to those for “Drivers License” with the two sitting in a car with purple and blue lighting. This leaves fans of the two curious if this was on purpose or just a common idea.

Needless to say Olivia Rodrigo is going to be huge in this industry and people can’t wait to keep watching her life unfold to see what is next for her. Her ability to relate with audiences is unique because she sings about events that all teenagers go through which contributes to her successes as a songwriter. With such great response on her first song, she will only go up from here.