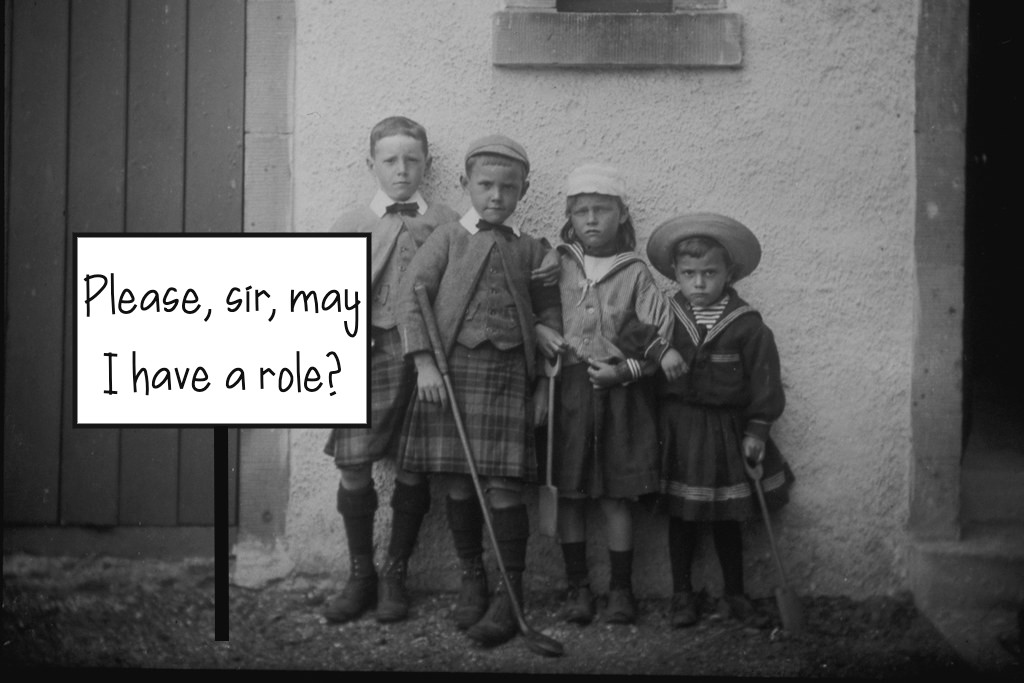 The cast list for the school musical, “Matilda,” a notably British play, was announced recently. Consequently, a band of foreign exchange students from the United Kingdom marched the halls before school today in protest of their ensemble roles in the show.

The students, sporting bowler hats and waistcoats, walked through the Red Hall at 7:31 a.m. this morning, yelling seemingly made up curse words and shouting about the musical director’s casting choices.

When asked for a comment, the leader of the protest, Aoife Codswallop, stated, “Aw, bloody ‘eck! That there musical govn’a bloke made a daft choice to put us all in the ensemble of the show. We’re the only Bri’ish ones ‘ere, I says!”

When Principal Gasparini told them that they were blocking the halls, they refused to budge until musical producer Mr. Berger adhered to their demands and cast them in the lead roles. When Berger arrived at 7:42 a.m., the students were brought into the chorus room for a conflict resolution session.

Twelve minutes later, the Brits emerged, apparently content with the results. “Well, Mister Berger said we can’t be in the show. We were right gutted for a mo’ there, but he slipped us each a tenner to go buy a cuppa. The cuppa definitely boosted spirits, innit? Oy, and now we each got a fiver left, so it ain’t a right blimey, I guess. We’re all a little chuffed,” said Codswallop. “Real chuffed, innit?”

Mr. Berger commented later, “They were weird. Who knew we had this sleeper cell of hundreds of British exchange students. Like, when did that happen? Their auditions were terrible, though. For their song, they all put their arms around each other and sang ‘God Save The Queen.’ At the end, they were all sobbing. It was weird. Plus, they thought it would be a good idea to act out the scenes from ‘Tenet’ where time is backwards. Yikes.”

The school as a whole is elated that the situation has been resolved. However, the fall play, “Rabbit Hole,” is getting pushback from the rabbits who live in the darkest corners of the Blue Hall for its inaccurate portrayal of their living quarters.

Digby Thanoscar - December 23, 2020 0
They then exited the interview site yelling things to the sky like, “You can’t make me go back,” and “I don’t need a GED, I bet ya caviar harvesters don’t have GEDs.” No one has heard or seen them since, but we wish them the best with their caviar excursions.