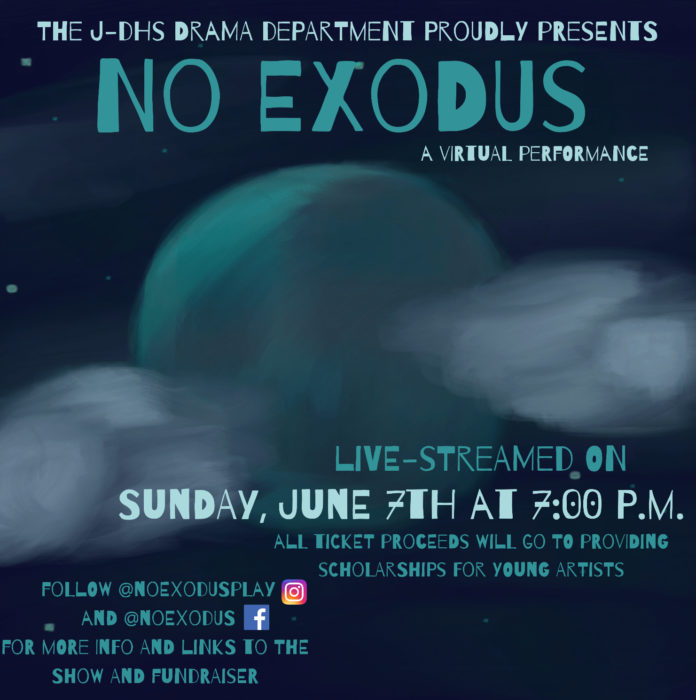 I remember the evening I received the first final draft of No Exodus. Alethea had sent it to me for any notes or opinions I may have had. It was midnight, we were new friends, and there was something to cut through the churn of what was then Christmas Break. What drew me in initially was not the wholeness of the characters, the story, or the cultural significance – instead, a discussion Ruth has with her mother, Wendy, about Wendy’s unexplained aversion to pursuing art as a career. In a few lines of dialogue, a discussion between a child who knew nothing about her mother’s past and a mother who knew too much about the tragedy of her own childhood brought me to a halt. Everyone has spoken to an adult whose reasoning behind an opinion makes no sense, their vagueness frustrating, a boundary that seems unnecessary.

When you’re young, the world seems overly vast and sometimes dreadfully certain. You will go to college. You will make the same mistakes your parents made, despite your efforts not to. You will have a career in the arts. Your band will stay together and continue to make hits despite your abusive boyfriend taking credit for all the work you do in the band. Wendy’s failure haunts her. A viewer can see themselves in her pain, her denial; when she becomes a mother, it’s her goal to keep her child from walking the same road she did.

Ultimately, No Exodus is a story about individuality. The characters are all their own people, brilliantly solid and complex. When Alethea was organizing a crew, I jumped at the first opportunity to be involved, knowing I needed to be a part of the making of the play the second I realized how much I drew not only from the story, but from Alethea’s process and skill. Working with her and this story would be an honor, no matter how meager my part was. When I was assigned the role of co-director, I was terrified. My experience was in film and archival artwork, and I had never been involved in Jamesville-Dewitt drama in any form, much less worked on a play. It was the confidence Mr. Berger and Alethea had in the script and our cast, that married me to No Exodus.

Alethea and I have watched our cast flourish – albeit across a screen – but being able to spend nearly every afternoon in virtual rehearsals lifted morale more than anyone could have expected. Hope, especially when it comes to theatrical productions, is never a linear thing. What matters is the production that comes out of toil and stress and growth and boundless joy, a precarious thing that is held together by our director and actors and crew; I can say with pride that No Exodus is as beautiful of a story as I read in the middle of the night over Christmas Break, if not more so. Its characters now have faces and bodies: nine actors who’ve dedicated their time and presence to the script. It has wonderful musicians compiling, creating, and transposing music to lend to the production, and it has a heartbeat, slamming onwards despite the pandemic.

No Exodus will stream on Sunday, June 7th. Come see it. It’s a beautiful show that will remind you of the humanity that endured across artists of all generations.