RamPage
Home Culture “Never Have I Ever” Season 2, Even Better Than the First? 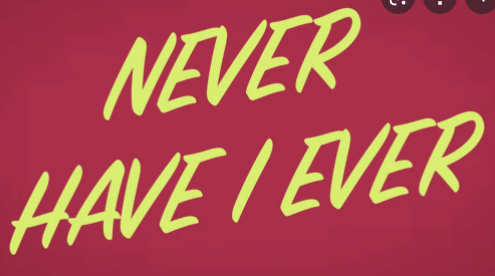 “Never Have I Ever” season 2 came out on July 15, 2021. Easily being one of the most popular shows of 2020, seeing as though it came out as soon as the lockdown hit the US, it became very popular. The show follows a high school sophomore, Devi Vishwakumar, as she battles through boy troubles, past trauma, and making mistakes. She also has always struggled with her Indian heritage and not feeling in tune with her culture. The first season opened our eyes to more of the backstory to Devi’s life, like the fact that her own father passed away in front of her unexpectedly. We also get some context about Devi’s best friends, Fabiola and Eleanor, who have their own struggles, as well as about her childhood crush, Paxton Hall-Yoshida, the most popular jock at school, and Ben Gross, Devi’s long time school arch nemesis. Season 1 introduced us to the characters, season 2 explored new storylines and events that made Devi’s life much more complicated.

This season was quite enjoyable to watch because the storylines that were introduced really enhanced the overall plot. This included the introduction of a new character, Aneesa, another Indian girl who became the newest popular girl as soon as she started attending Devi’s school. Devi had been the only Indian student at her school for her whole life and felt as though because of her ethnicity, she was not as popular or as good as any other student. When Aneesa showed up and instantly became popular with everyone, Devi felt threatened and like she was less than Aneesa. Many more things happened between Aneesa and Devi which led to even more jealousy, friendship, and more jealousy again.

The character of Devi is probably one of the most relatable teen characters on TV today, mostly because of the way that she can make mistakes and learn from them. A large part of being a teenager is making mistakes that affect others’ lives. In my opinion, the best thing that this show does is make the characters more vulnerable to being wrong in situations. Although in many aspects the character of Devi is problematic and unlikeable—for example, the way she treats her friends, family, and even her supposed boyfriends—she still has many qualities that make her more enjoyable to watch. Her ability to bounce back and make things right makes her more emotionally and mentally flexible. She is self-centered yet loveable all at the same time. The likability of her character may be a not so popular opinion, but I find that it actually makes the show better because the show then frames making mistakes not so much as a bad thing, but more like learning opportunities to its young audience.

While the second season of “Never Have I Ever” uncovered more about the lives of these fun, loveable high school students, it also helps us teenagers feel less alone about things that might be happening in our lives. The best things to come out of this series are the relatability it had to the modern teenager, while also being a comedy and drama filled show with somewhat unrealistic storylines that were compelling to watch unfold. I loved this season of the series and can’t wait to see what they come up with for the third season.

J-DHS Students Showcase Their Talents In a Student-Run Musical