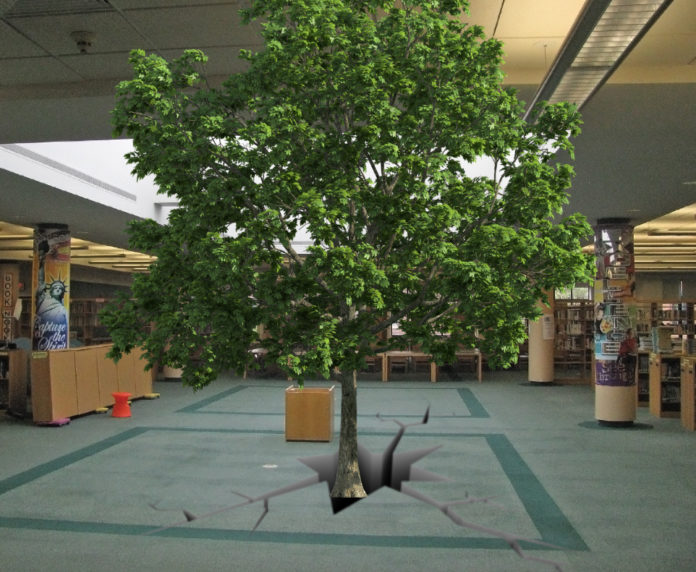 As poet Sara Teasdale once wrote:

“There will come soft rains and the smell of the ground, / and swallows calling with their shimmering sound; / Roses are red, Manny is handy, / and if humans were gone, nature would be just dandy.”

All sorts of creatures and plants are returning to their old homes now that humans have been forced to stay inside. Mermaids have appeared in the waters of Venice, dodos have been seen flocking to the Eiffel Tower, and photos have emerged online suggesting Tom Brady has returned to the New England Patriots. J-D is no different.

The hallways have returned to being a habitat for the organisms that resided there once upon a time. This includes but is not limited to trilobites, small dinosaurs, and students who do not have an activity and are not meeting with a teacher.

“One by one, the colored leaves native to the Large Group Room are reappearing on the walls,” said environmental science teacher Mr. Sommer. “It’s a truly beautiful sight to see.”

However, the most impressive growth in the school over the last three weeks have been hundreds of enormous trees.

“I think the roof is collapsing again,” said a resident of the neighborhood surrounding the school. “These trees have started growing through the school and there’s no way to stop them.”

We asked around the entire community for opinions on the rapid cultivation of J-D’s new forest. Most seemed to be inspired by the beauty of a human-free campus.

“We really are the virus,” declared a teary-eyed Mr. Brodsky. “This is the most beautiful tree show on the planet.”

“The Hornets strike again, huh? You think all this green is funny, F-M? I don’t know how you did it, but we’re not done with you,” said Mr. Gasparini. “You’ll be so mad, you’ll be seeing red. You hear me, Kilmer? The second this is over, your school will be filled with roses. Beautiful roses. There’ll be so many red roses in your halls that you’ll wish you had never planted trees on our property.”