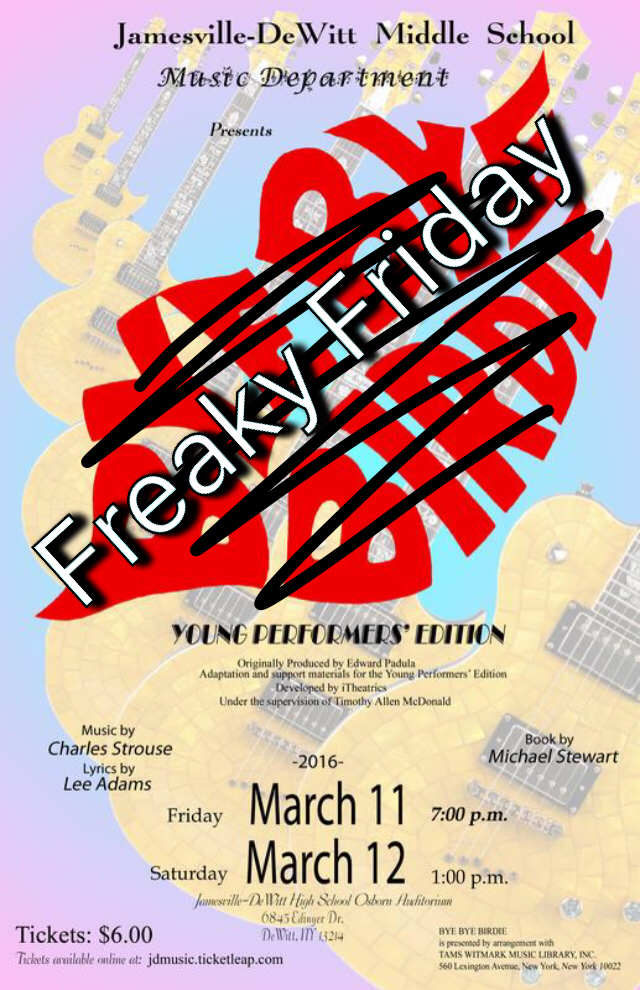 DEWITT—This year’s Jamesville-Dewitt High School musical, Freaky Friday, has undergone some unusual revisions in preparation for the start of rehearsals. Originally, the plot of Freaky Friday involved a rebellious teenage girl, Ellie, and her perfectionistic mother, Katherine, switching bodies for a day. However, the adjustments done by artistic director Emma Grimmauld have changed the message to be more rousing. “The original plot took place in present times. Preposterous! We felt that a more appropriate setting for the musical would be a midwestern town in the 1970’s,” says Grimmauld. “We also felt that the unaltered plot was too formulaic, so we decided to bring in a new character, Tyler, a young miscreant from a far-off city who awakens the sleepy town through the power of dance. In addition, the script unfortunately only had a single wedding at the end. Boring! We chose to make it a quintuple wedding to make the whole scene more spectacular.” These changes have been welcomed by the school’s actors and actresses, “I love how creative the new show feels, like it has never been done before. Plus, how could a JD musical ever work without a male lead?” gushes junior performer Chloe Parratt. As of now, the modifications are nearly finalized and rehearsals begin next week.